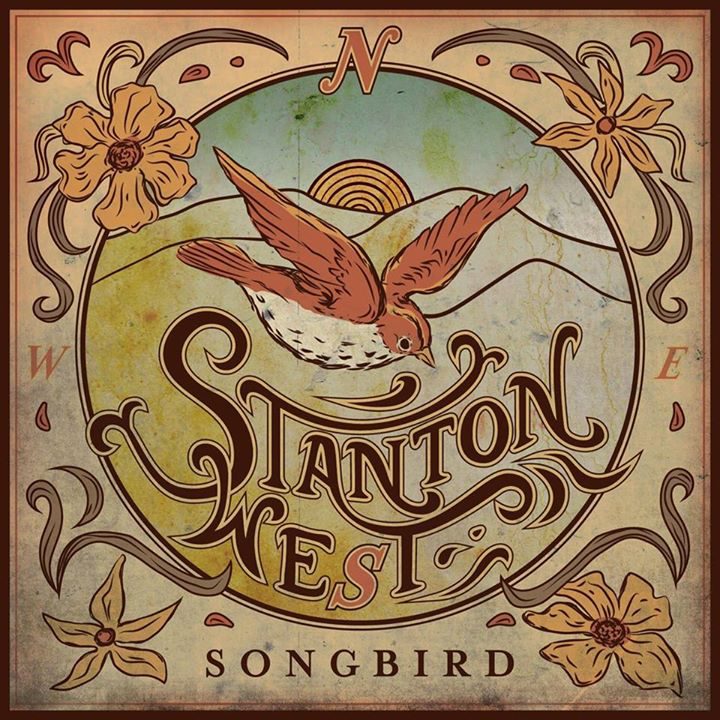 Ed Lemar is one of the most tireless musicians we have ever met. Many in the Driftless have known him as Eddie Danger (or even the Reverend Eddie Danger!), a fearless figure on the independent festival and coffee shop circuit. In an all-or-nothing move this year, Ed changed his stage name to ‘Stanton West’ – a nod to his Grandfather – and released his biggest record to date. Ed had booked Joe Craven years ago on a festival, and the two hit it off. For those who aren’t familiar, Joe Craven is a mastermind percussionist and multi-instrumentalist, most notably spending several years with the David Grisman Quintet, as well as playing with Jerry Garcia, Alison Brown, and David Lindley. Ed and Joe kept up over the years, and Ed cosmically convinced him to produce his new project “Songbird” – a collection of incredible original songs based on the “tales of an injured bird who flees the nest, has many adventures, and comes home transformed”. The album was recorded at Foxtail Sound in California with Joe Craven and Friends in mid May, and is now available across the Driftless. You can catch Stanton West several places in the region as well – he’s often found at Driftless Books & Music in Viroqua helping with open stages and concerts, helping run the Wisconsin Roots Music Co-op, acting as MC Extraordinaire at such events as Boats & Bluegrass as well as the annual Energy Fair, and he’ll be playing with his trio at Inspire(d)’s 10th Anniversary Celebration on October 21, 2017. You can find out more about Stanton West and Songbird at www.stantonwest.com, or follow him on Facebook and Instagram.