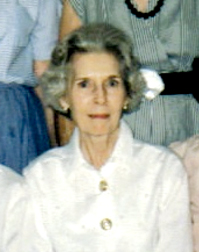 It’s so interesting how things come around. I will have two new grandchildren by spring.  Their great grandma, Virginia, will not have the privilege of knowing them. A chapter ends and another begins. The cycle of life. “I’ll take my periscope and watch them from beyond,” Virginia promised. I have no doubt.

Best Advice? Moderation in all things.
What did you want to be when you grew up? I wanted to be a traveler. From our farm on the Missouri River bottoms, I’d climb a hill and watch the cars on the highway. I would wonder where they were going, imagining myself riding along. I’m like my oldest granddaughter that way.

What was your favorite job?
I was secretary to the editor of the St. Paul Pioneer Press and Dispatch. The employment agency sent me over there for an interview. When they wanted to hire me I said I wasn’t going to pay the fee. It was $400. They paid it.

If you were stranded on a desert island, what three things would you want with you?
Face cream, reading material, and my family.

What is your favorite food?
A t-bone steak, especially the part right next to the bone.

How did you meet your husband?
We both worked at Bannon’s department store in downtown St.Paul. He was in the floral design and I was at the Green Stamp counter.  You got 10 stamps for every dollar spent. But if they spent 99 cents I’d still give them 10.  You weren’t supposed to. Someone asked him if he noticed the girl at the end of the counter. He said, “That infant?” He was 10 years older but he actually made me look like I was the elder – he was so fun and full of life. I was serious. There were errand boys that ran around between the departments so he would hand one of them a flower, “Here, take this to the lady at the end of the counter.” That’s how he introduced himself.

Describe your wedding day.
Everyone from up here went to Iowa to get married. That was the thing. It was a little town with a Congregational church, if I recall. I brought my girlfriend. He brought his friend to stand up for us and that was all there was to it. And guess what? I cried through the whole thing. Don’t ask me why. My girlfriend lived in Southern Minnesota so we went to her house for cake and all. Then we spent a whole week in Chicago for a honeymoon.

"The first memory I have of grandpa is sitting on his lap as he told tales of Pocahontas as his girlfriend, before he met Grandma of course!" – Lisa Tupy