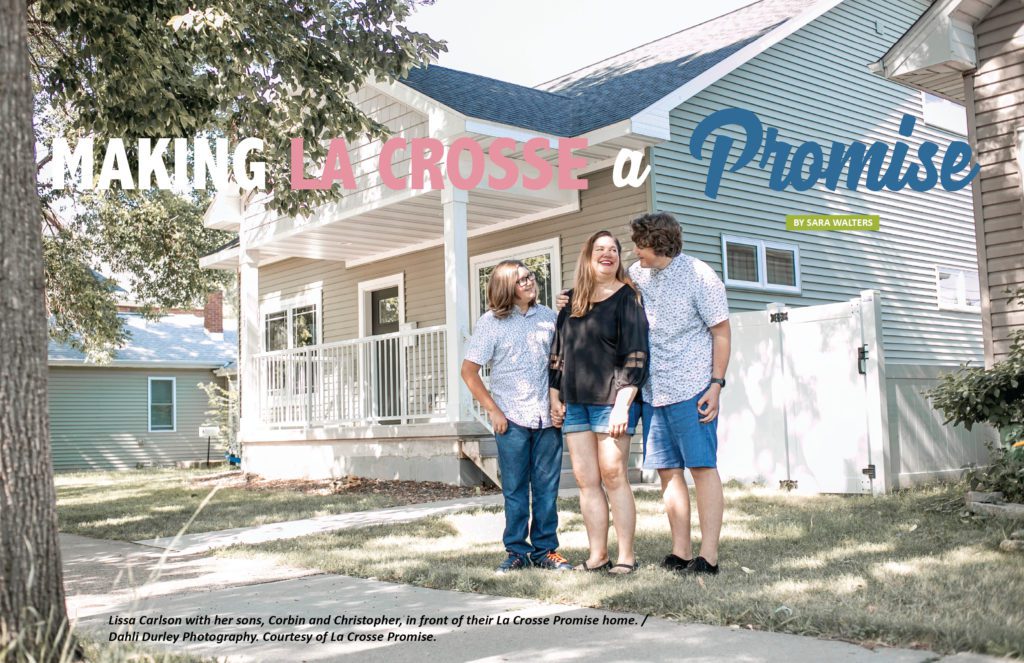 When it comes to revitalizing a neighborhood, a fresh coat of paint is a great start.

But what La Crosse Promise has done goes much deeper than the surface. The goal of the area non-profit is to economically transform La Crosse, Wisconsin, through a program available to families that build, buy, or renovate in select neighborhoods deemed challenged by poverty, crime, and low property values.

The “promise” is one dedicated to the participants’ future – more specifically, their education – in the form of a scholarship. “We are investing in these neighborhoods by investing in people,” says Brian Liesinger, Executive Director of La Crosse Promise. 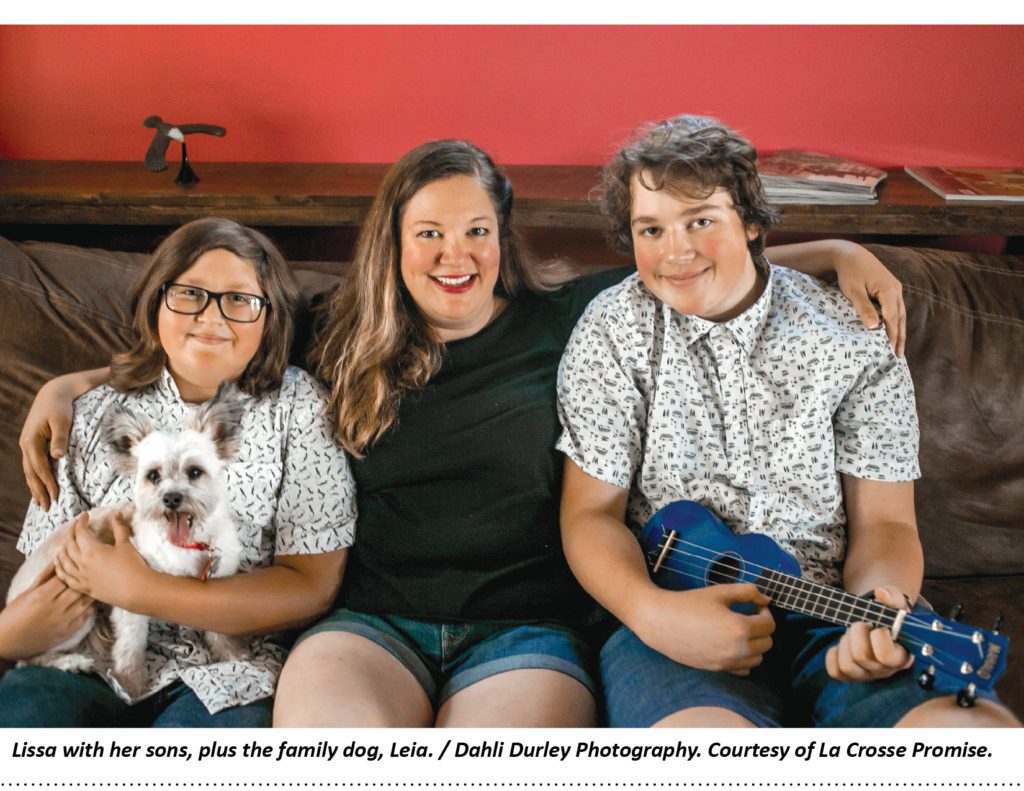 For Lissa Carlson, a self-employed single mother of two, that was too good to pass up. “I make no secret that I did it for the money,” she says with a laugh. “$50,000 will go a long way for my kids.”

It was in October 2016 that Lissa and her sons moved into their “Promise Home,” as they’re called, in the Powell-Poage-Hamilton neighborhood. Powell-Poage-Hamilton and Washburn are the two neighborhoods currently being served by La Crosse Promise – they were identified as declining rapidly due to deteriorating property, pockets of poverty and an uptick in crime in a thorough community assessment conducted in 2010 by the City of La Crosse and La Crosse County.

Declining neighborhoods resulted in depressed housing values, which led to a greater tax burden for homeowners across the city. Coupled with nearly half the land in La Crosse being tax exempt due to higher education institutions and public marshland, many people became frustrated with tax rates and sought newer housing and lower rates in the suburbs. The exodus continued to fuel a cycle of decline in housing on the south side.

“After reading the community assessment report, leadership from the City, County, School District, and area businesses really came together to imagine a collaborative program that would have a rapid impact, and La Crosse Promise was born,” Brian says. “Each of those groups remains heavily involved and represented on our board. The three higher education institutions in La Crosse are represented as well. So collaboration is really in our DNA.”

So with the help of the Promise program – and a tight housing marketing – these neighborhoods are seeing revitalization. There are now five Promise Homes on Lissa’s block alone. Residents are also deciding to build in areas that were previously void of new construction. “In the 15 years prior to the launch of our neighborhood program, only two private individuals chose to build homes in these two neighborhoods. From our launch in the fall of 2015 until now, we have 13 new homes with Promise families living in them, plus seven more Promise-eligible homes being built,” Brian says. “New homes have meant new taxable value added to the city. And that ripples out to nearby homes as we see the depressed housing values start to rise in Powell-Poage-Hamilton and Washburn, which improves not only other homeowners’ equity but again, raises the tax base.” 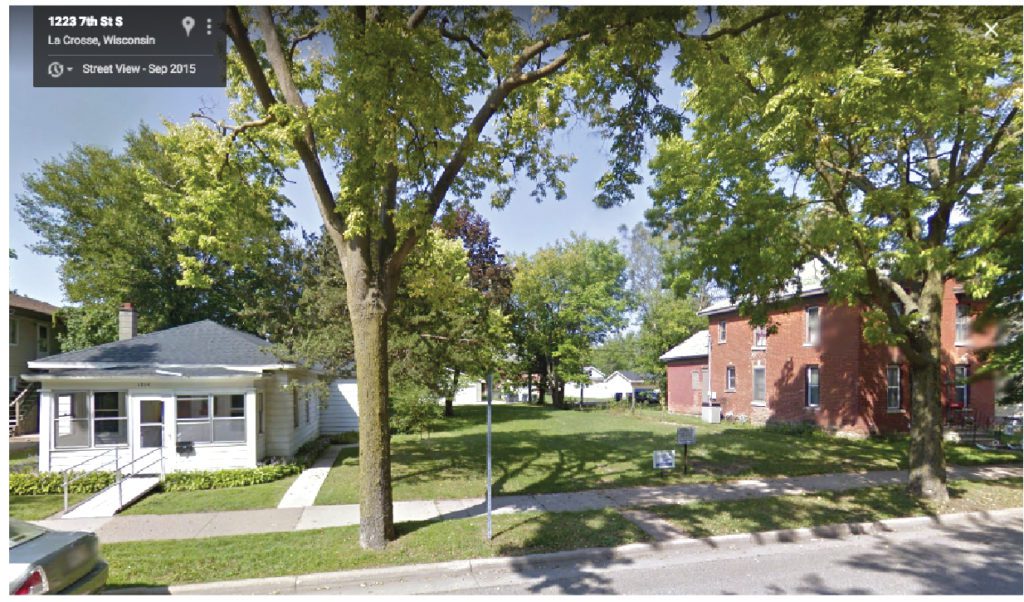 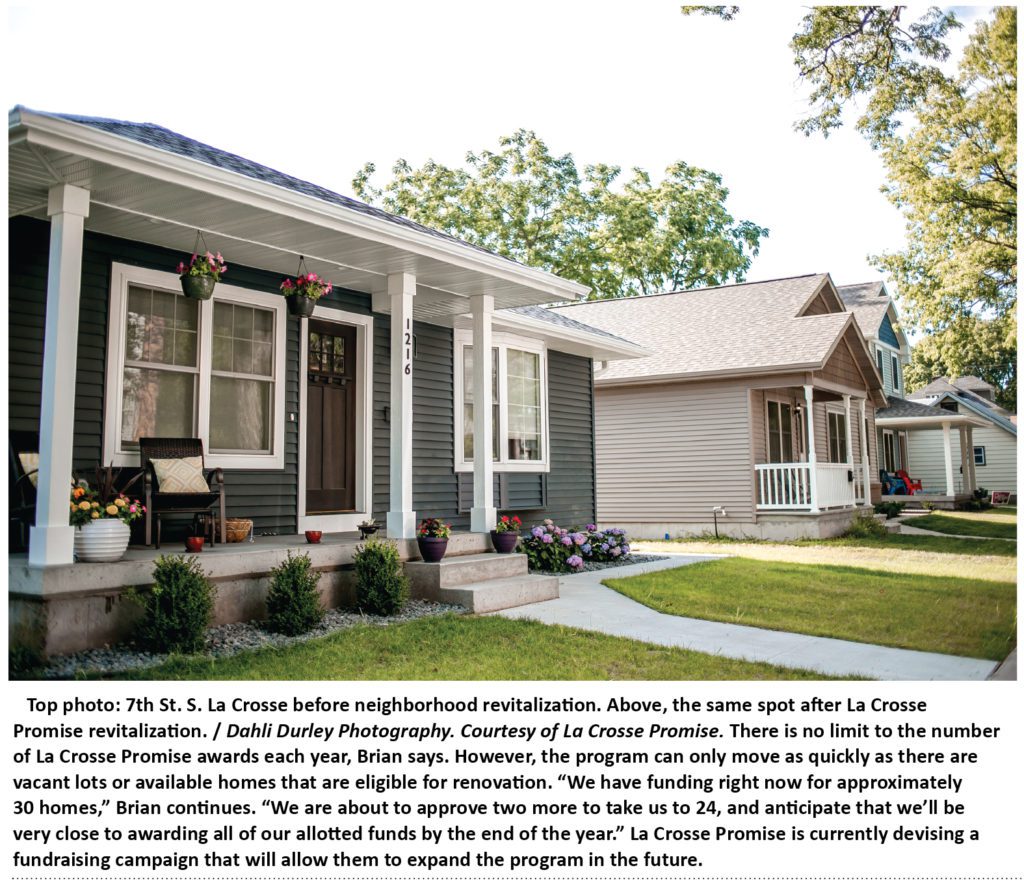 The beautification is obvious, and dramatic. “When we visit with the neighborhood associations and speak with long-standing members of the neighborhoods, they cannot believe the transformation in just a few short years,” Brian says. He attributes some of this to the “worst-to-best” approach that Promise takes, explaining that the dramatic transformation from a vacant lot or condemned home to a beautiful new build can be very inspiring.

Even more beneficial than the improved appearance is its impact on the use of the homes. “The ‘worst of the worst’ are homes known for significant criminal activity. We know of two Promise homes that were former magnets for crime – specifically drugs. One of those homes was occupied by an individual dealing drugs as late as October of 2017. That home has since been condemned and razed and has been replaced with a new home,” Brian says. “Homes like that remaining in the neighborhood come at a high social cost. The value in replacing them is beyond dollars.”

La Crosse Promise definitely isn’t all about new building, though, or losing the character of these historic neighborhoods. In fact, the program encourages projects that preserve external historic characteristics and are appropriate to the architectural features of the area.

Renovation programs were a good way to let people who already live in the neighborhood take advantage of La Crosse Promise’s scholarships and invest in their own home at the same time. An owner who invests more than $30,000 becomes eligible for $25,000 in scholarships. Investing more than $60,000 raises the eligibility to $50,000.

What other stipulations exist for Promise applicants?

• The family must live in that house for at least four years, and they must continue to live in La Crosse until the youngest child receiving a scholarship graduates from high school.

• The oldest student who can benefit from this opportunity would need to reside in the new home prior to the beginning of 9th grade.

• Each La Crosse Promise Family is permitted a maximum lifetime scholarship amount of $50,000 to be distributed among dependents however the family chooses, providing that no one student receives more than $25,000.

Lissa especially appreciates this aspect of the program. “La Crosse is an amazing community, but it is pretty homogenous,” she says. “I like being part of a neighborhood that looks a bit more like the rest of the world. I like that my kids have friends of a wider variety of backgrounds.”

Another hope is to increase enrollment in public schools. The convenient location of these neighborhoods within the city helps make this more likely.

“My youngest is able to walk to school,” Lissa says. Brian agrees that the proximity to schools has been a motivating factor for many Promise families. Plus the neighborhoods are close to some of the city’s largest employers as well as a downtown full of shopping and recreation.

And as far as the crime and unrest that many associate with these areas? Lissa has little to report. Her only small hang-up has been the occasional language barrier. Safety has not been a concern, she says.

Perhaps the biggest hope is that these conveniently-located homes with $50,000 educational stipends – funded entirely by generous donors – will motivate community-minded folks – like it did Lissa – to sign up and take a chance on La Crosse Promise. “No other community in the nation, as far as I know, is tackling neighborhood revitalization in this way – by attaching education incentives to homes. And doing it in a way that involves a deep and long-standing collaboration between the city, county, school district, and area businesses and nonprofits,” Brian says.

He believes strongly that the educational component – the investment in people – is a big part of the program’s success, and beautification is the added bonus. “At first glance,” he says, “our neighborhood program looks like just a housing program. When in reality, it is just as much an education program. The Promise families, some who have very young kids and some who have kids who will soon enter college, will have their lives transformed through education – an education the Promise scholarships will help fund.”

As an added component, La Crosse Promise also runs Future Centers, an educational advising program in Logan and Central High Schools. The centers have dedicated advisors to help students get career and college ready, along with technical support for things like student aid applications.

Together, Promise Homes and Future Centers are providing a comprehensive solution. The future is bright for the program, its participants, and the city. The people-first approach has been working. “What makes great neighborhoods are great neighbors,” Brian says. “We need more than just new homes. We need civically-engaged, education-minded people to strengthen the neighborhoods, and who plan to stay.”

The positive changes are felt by the entire city of La Crosse. Promise is about a year ahead of its original projections, and they hope to soon spread the love to other struggling neighborhoods, and support even more La Crosse residents. “Two key areas that often have the greatest impact on an individual’s success are housing and education,” Brian says. “The dollars they will be able to invest in their education will serve them for the rest of their lives. That is a return on investment you cannot beat.”

Sara Walters is a writer and mom of two. Her girls love the awesome playground at Poage Park.