Check out The OK Factor this Saturday, November 8, 2014, at Marty’s Cafe in Luther College in Decorah – they’re playing with General B and The Wiz! More info here. 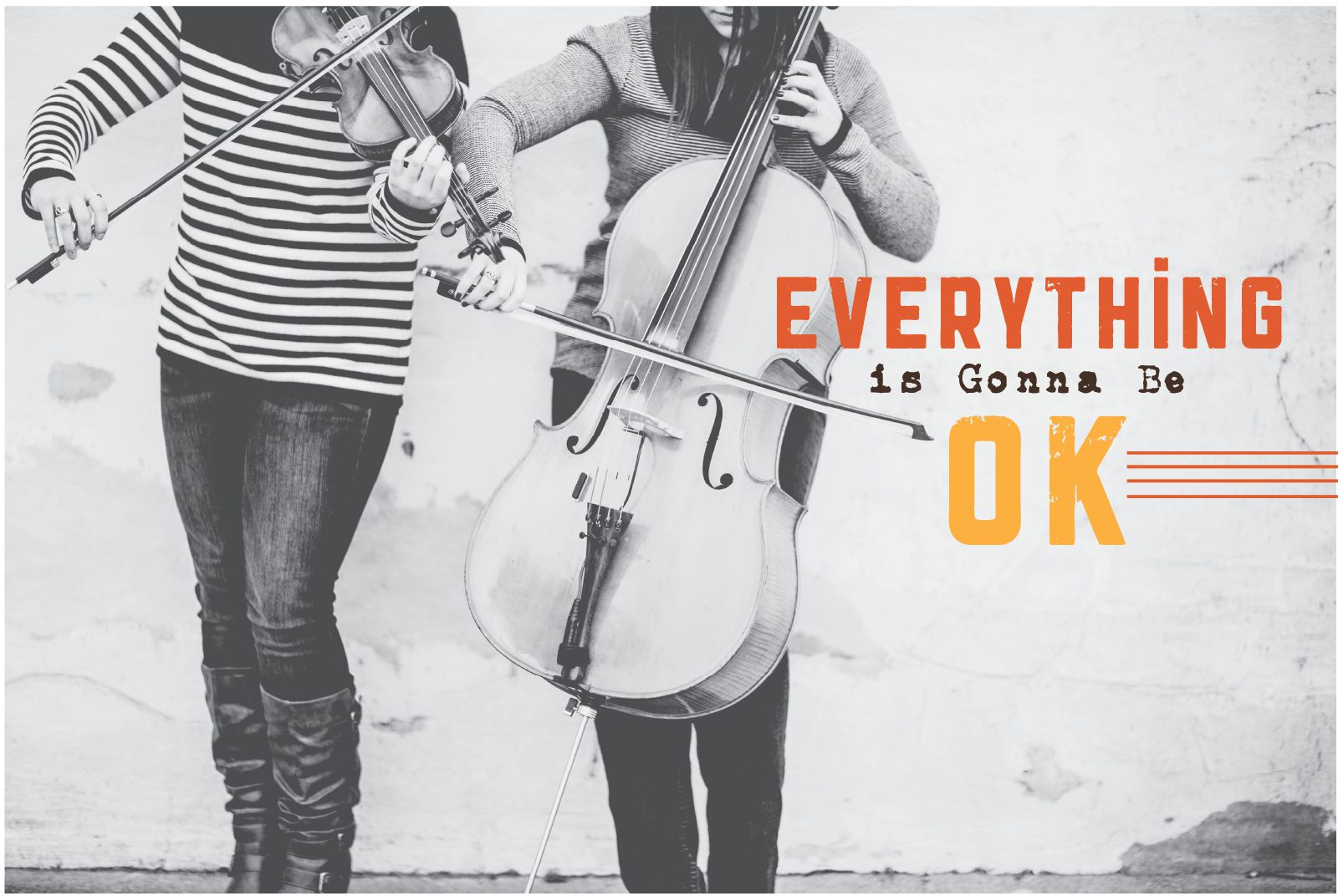 Olivia Hahn and Karla Dietmeyer have come a long way since starting cello/violin duo The OK Factor in 2012.

And yet the two Luther alums still have a long way to go.

With the night’s gig all wrapped up, they grab their gear and hit the road, this time leaving Georgia in the rearview mirror. They head north, with shows in Minnesota, Iowa, and Wisconsin. Olivia usually does the driving while Karla navigates, but tonight it’s the other way around.

“I kind of like it,” Olivia says about all the traveling, “I feel like we’re paying our dues.” 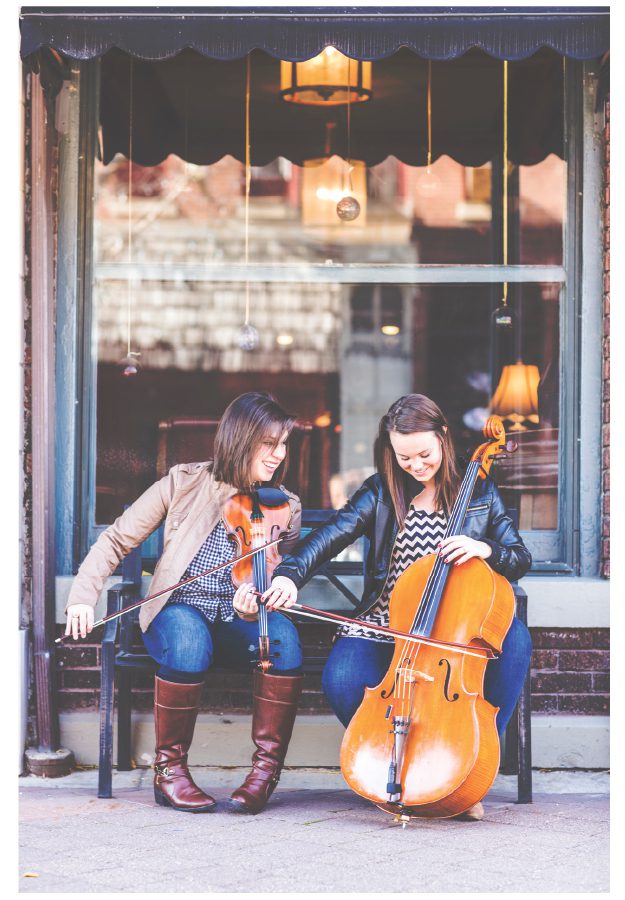 For most of this past year, Olivia (O) and Karla (K) have had to operate from different states, but that hasn’t stopped them from making great music together. They meet up to perform at different venues, hold workshops, and have even been recording.

But it was Decorah that made everything OK.

“The OK Factor was really an experiment,” Olivia says. “It was something that we wanted to do but the community was really what spurred us forward. It’s amazing how talented and eclectic one small town can be.”

“No one ever told us no, and that was huge for us,” Karla adds. “I think it takes good people to really make great music and that is what we found in Decorah.”

Both women picked up instruments at an early age – Karla started the violin at five and Olivia was four when she first sat at a cello. They met at Luther College, where they majored in music performance, and formed The OK Factor in 2012 with the goal of  “challenging their formal training.”

The duo has since found their way around the Midwest and the U.S., and from classical to bluegrass, jazz, and pop, finally arriving at a musical style they dub “alternative/progressive folk”.

“You can always hear a classically-trained musician in their tone or the way they play certain melodies,” Olivia says. “We don’t want to undo that. We like that aspect of our playing. We want to throw that into the mix with other genres. There’s a lot to explore there.”

Their first gig was part of the Water Street Music Series at ArtHaus in Decorah. Post-college, each was planning to go to graduate school for music performance and pursue a career as a classical musician, but all that changed after that first show.

“The combination of how extremely satisfied and full we both felt, as well as the overwhelming support and positive feedback we got from the audience – people whose opinions we trusted greatly – made us feel as though this was no longer something we ‘just did for fun,’ but something we could do more permanently,” Olivia says. “We couldn’t really believe we were considering taking a different path than we had envisioned, but we knew it was what we really wanted.”

The two had only written a few songs together before that performance, and they knew they had a lot of work ahead of them if it was going to work.

“I had very little experience in the music industry, but my passion for the DIY, grassroots movement really gave me confidence that The OK Factor had what it takes to go somewhere,” Karla says.

They planned to move to Minneapolis the summer after graduation, and explored regional performance possibilities.

“I found applications to the Iowa State Fair and Stone Arch Bridge Festival,” Karla says. “We were both surprised to discover that by the end of our senior year we had been accepted to play at both events. This boosted our confidence to find other places to play throughout the summer.”

Cold calls and asking around landed them a full performance schedule for the summer of 2013.  They had gigs lined up at jazz clubs, weddings, wineries, and more.

Next came the goal of recording a full-length album – with a writing method that isn’t exactly traditional.

“We just sit down and make it up,” Olivia says, only half joking. “We never write anything down.”

While they were still working on the album, Karla migrated from the Midwest back home to Georgia. Long-distance composition seems like it would be impossible, but, luckily, they worked it out.

“It’s not this way friendship-wise, but musically, we know exactly where the other fits in,” Olivia says, smiling. 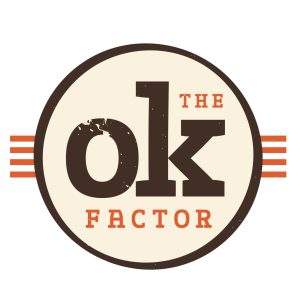 “Musically, we can finish each other’s sentences,” Karla agrees.

One of them brings up an idea and the other fills in their part.

“We send arrangements back and forth, piece by piece,” Olivia says. “Karla will start with the melody and I will add harmony and a baseline and Karla mixes it all on her computer.”

As a tribute to their beginning, they named their first album, released in February of 2014, after Decorah’s main drag: Water Street. Most of the tracks – such as Switchback and Trout Run ­– are inspired by the area.

“Trout Run evokes the feeling you get when you think about Decorah – Trout Run Trail, switchbacks over the cornfields, and that feeling of grandeur when you’re looking out over the bluffs,” Karla says. “The beauty of the Driftless Region.”

It was this connection to the Driftless Region that kept the two connected.

“Water Street was really the glue that held us together through the summer, and pushed us through the nine-month long distance from Atlanta to Minneapolis this past fall,” Olivia says.

Going forward, the two will continue to be in different cities – Karla’s moving to Colorado and Olivia’s staying in Minneapolis – but don’t worry: The OK Factor will be okay.They’ve already got gigs and plans set for the this fall, including a new EP and a music video.

“We trust our instincts and try every way possible to spread the word and get our music out there, because we believe in it. We also take risks and get out of our comfort zones, taking what would be ‘long shot ideas’ and going for them,” Olivia says. “Our motto has been, ‘If you don’t ask, the answer is always no.’”

The two, unknowingly, leave the obvious pun – and perfect life lesson – hanging: When you do ask, sometimes the answer is – what else? OK!

Ingrid is a recent Luther College graduate and has been inspired enough by Decorah to stay. She remembers Luther’s Chips newspaper covering The OK Factor’s first performance at ArtHaus and had a great time catching up on what they have been doing since.