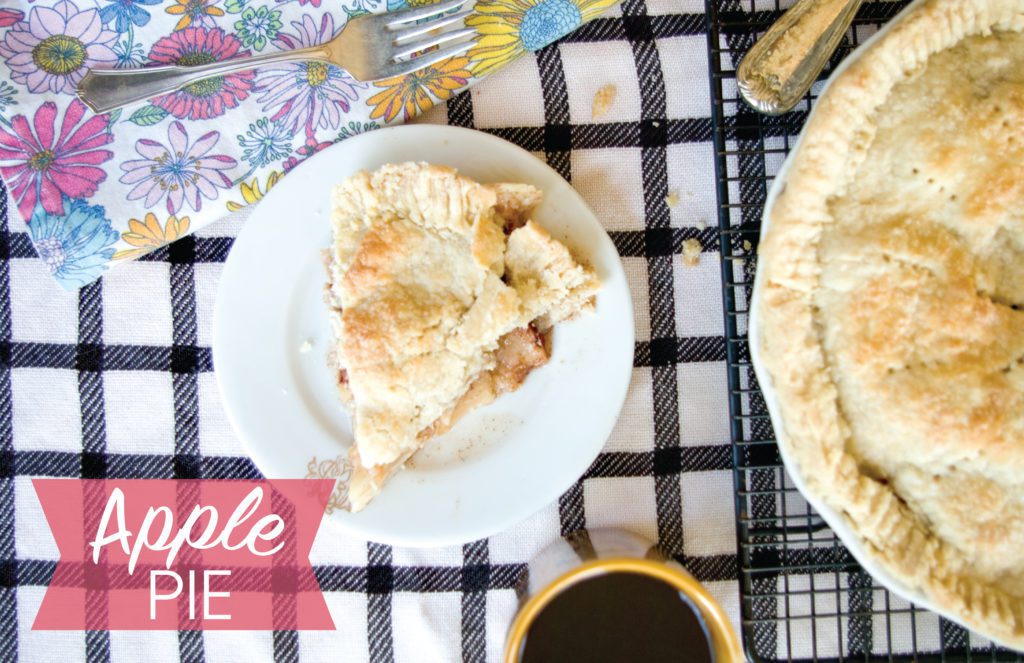 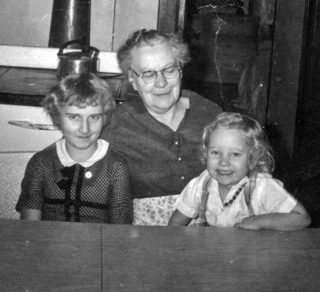 At left in our farm kitchen in 1961 is my sister Eileen Schissel, Grandma Alice Uhlenhake and myself, Joyce Meyer, near Calmar. 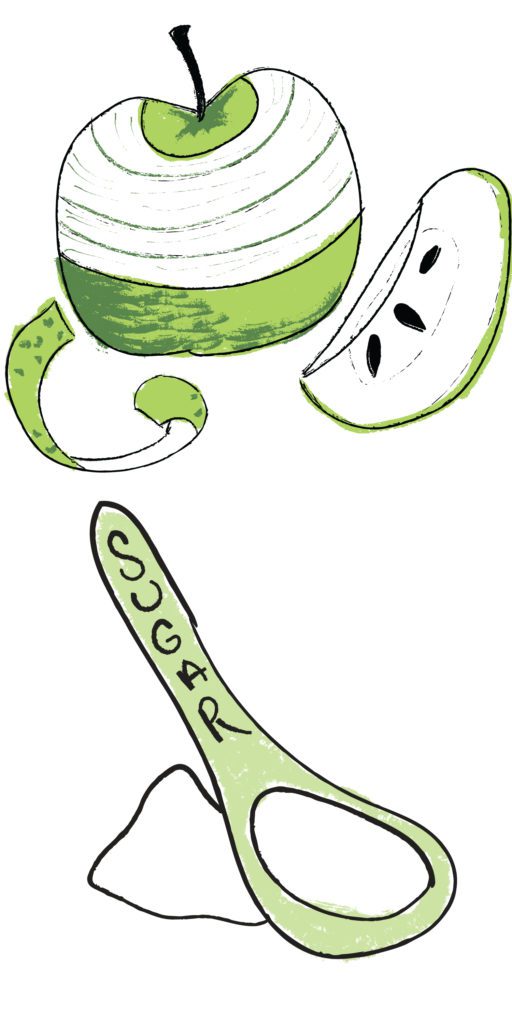 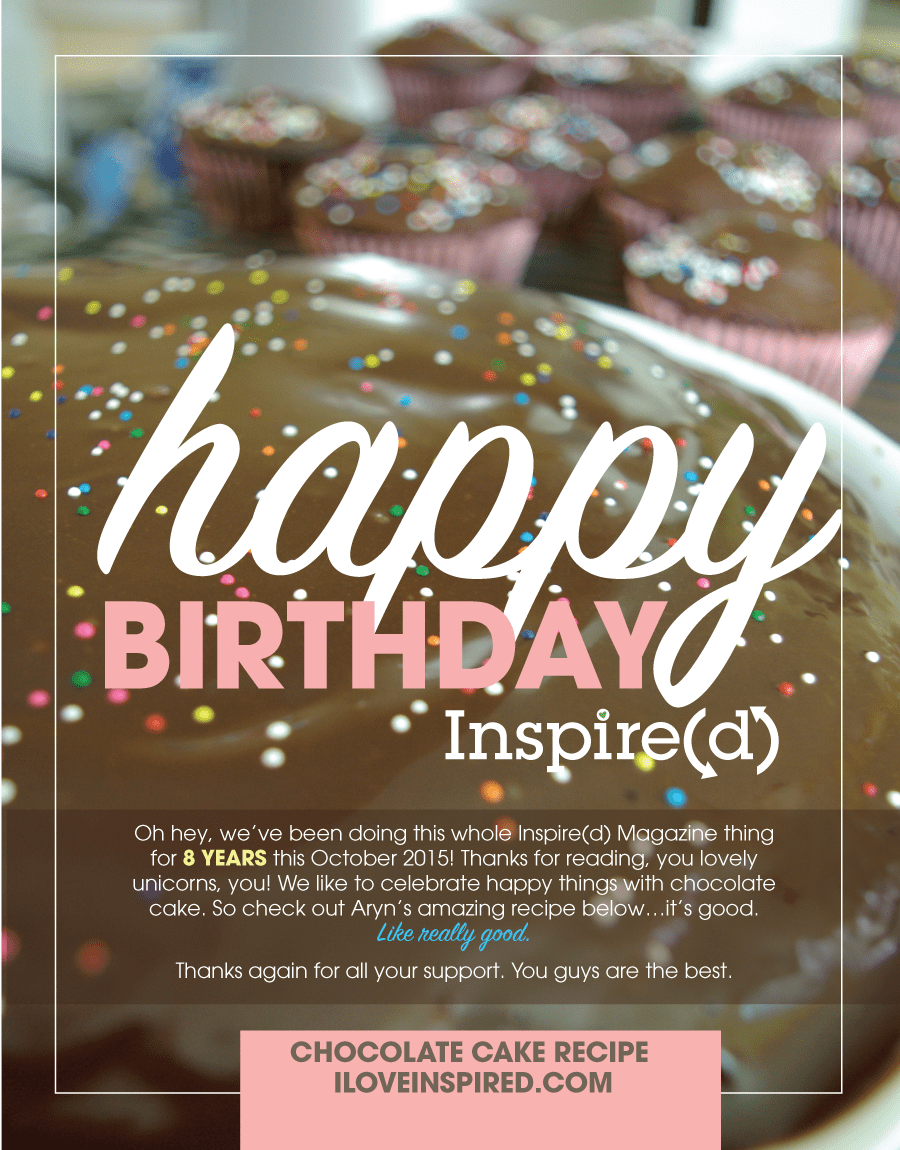 Oh hey, we’ve been doing this whole Inspire(d) Magazine thing for 8 YEARS this October (2017 update: 10 YEARS! Woot!)! Thanks for reading, you lovely unicorns, you! We like to celebrate happy things with chocolate cake. (You too? Good idea.) This is Aryn’s go-to, amazing chocolate cake recipe … it’s good. Like really good.

Thanks again for all your support. You guys are the best.

2 eggs
1 cup coffee (I usually use what I have left from the morning…if there’s usually none left, make extra the day you’re making this cake so there is!)
1 cup milk
1/2 cup vegetable oil
2 teaspoons vanilla extract
1 cup semi-sweet chocolate chips

Directions:
Preheat over to 350 degrees. Grease and flour two 9-inch round cake pans, one 9×13 pan, or get ready to make at least 24 cupcakes (I actually made this batch into 12 cupcakes and on cake in a pie pan. Worked great!).

In a large bowl, combine the dry ingredients (the first section of the list above). Make a well in the center. 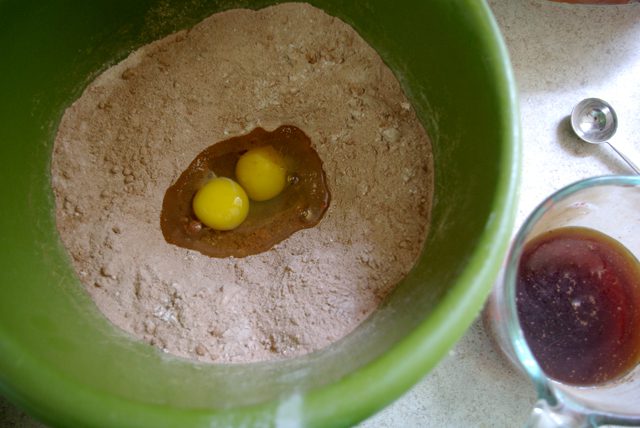 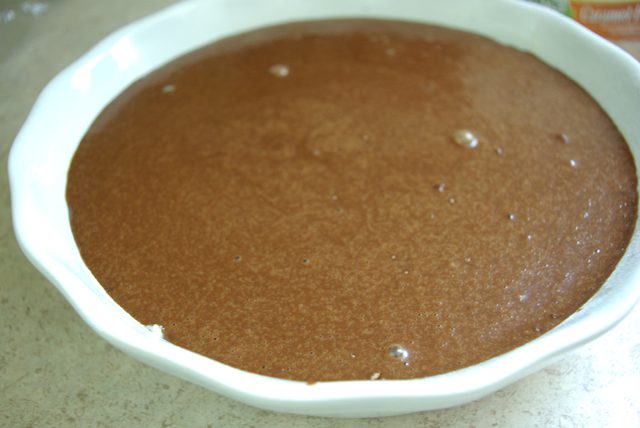 Pour into prepared pans, and sprinkle chocolate chips into each pan or cupcake paper. 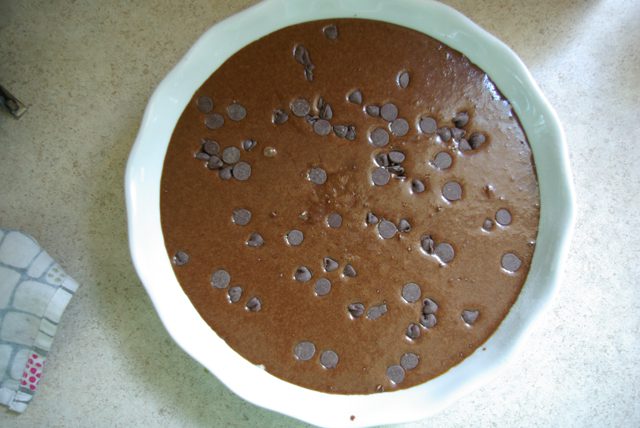 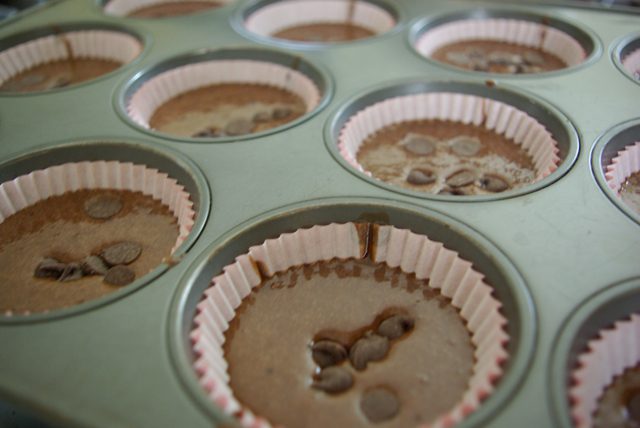 Bake at 350 for 30-40 minutes for the round pans, a little longer for the 9×13, and about 15 minutes for the cupcakes. Do not over-bake! Dry cake is no bueno. Check doneness with a toothpick – it should come out with just a little cake on it still. 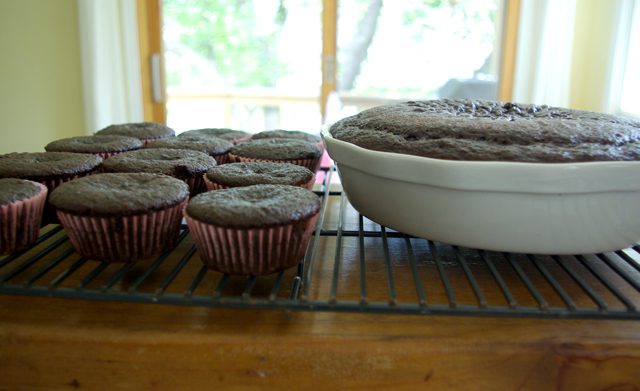 Allow cake to cool for 15 minutes before running a knife along the edge of the pans and cooling completely on a cooling rack.

Okay – this is a buttercream/ganache-ish hybrid. I love it, and hope you will too!

Directions:
In a double boiler pot (I actually just use a stainless steel bowl over a pot with water on the stove), melt chocolate and 1/4 cup butter. Remove from heat.

Add in softened butter, powdered sugar, cocoa, and pinch of salt. Beat with mixer on high. If it seems too wet, add more powdered sugar (1-2 tablespoons at a time). Beat and check texture. If it seems too thick, add a little milk (we use whole milk because that’s what we have, but I think any would be okay. Of course, the higher fat content, the richer the frosting). Repeat until you reach your desired texture – so if you want it to be pourable like ganache, add more milk. If you want it to be spreadable like frosting in a jar, add more powdered sugar. And if you feel like it’s gotten too sweet, add a little more cocoa to bring it back.

Assemble your cakes and frost! Add sprinkles if desired (you totally should). I put sprinkles on a plate and “dipped” my cupcakes in to get the sprinkles to stick. 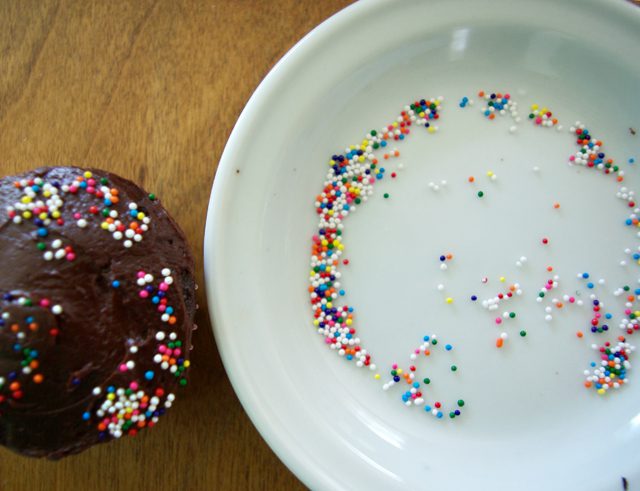 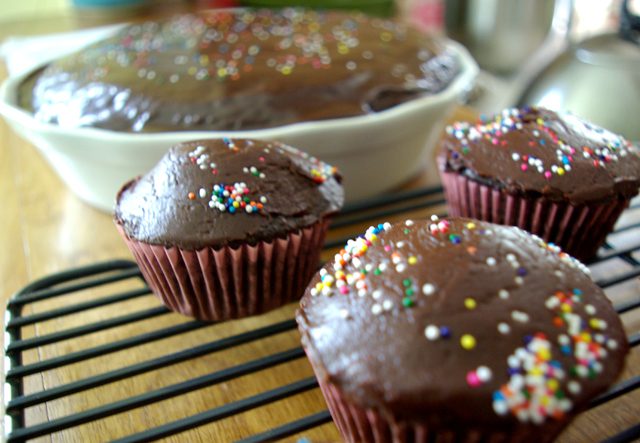 Enjoy! Please let me know if you have any questions, and thanks for reading Inspire(d) for 8 years!