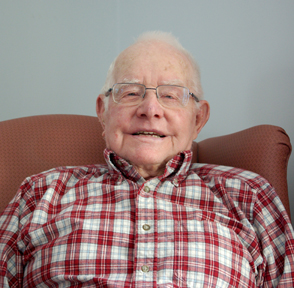 Pray hard, and go to church! My parents taught me that.

Well I didn’t think I’d ever see someone with exactly the same name as me – (you know it has Irish origins) let alone a 100 year old!!!

Enjoyed reading your stories – thanks for sharing them