Becky and her husband, Peter, frequently share the pew with Marvin Wicks at Greenfield Lutheran in Harmony, Minnesota. With a sparkling smile and laughing shoulders, Marvin comments on the world and weather until the service begins. However, Marvin is sometimes absent from that pew because he is in the church cockpit, running the videotaping and audio controls.

Marvin is no stranger to a control panel, being a United States Air Force veteran of 23-year’s service as a fighter pilot during the Korean and Vietnam Wars. This “gentle gentleman” is also a veteran of the agricultural conflicts of the Driftless Area. After serving all over the U.S. and around the world, Marvin came back to the area and farmed near Eyota, Minnesota with his wife and children. After 23 more years of service on the farm, he and his wife retired to Harmony. 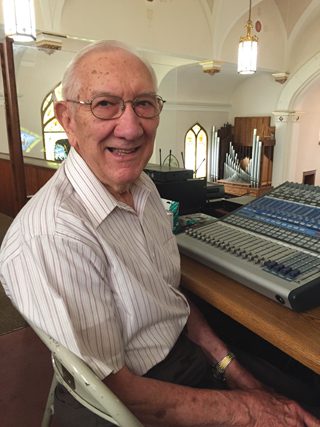 In retirement, Marvin has been active as an ARP tax preparer, a chip carver in the Norwegian traditional style, and as a volunteer with the Winneshiek County and Harmony Historical Societies. He has studied many local historical events, but when asked about the most interesting, he replied, “The removal of the Winnebago Indians from the area. They were removed from Wisconsin and promised a permanent home in Northeast Iowa. Then the United States government decided to move them to Minnesota to allow white families to settle in the area. An enormous logistical undertaking to move thousands of Indians, animals, and wagons hundreds of miles. A sad chapter in our history, but a fascinating story.” 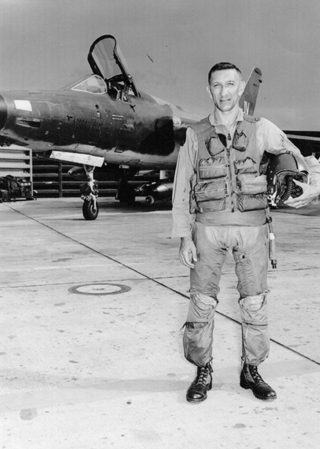 As part of my military training, ”Your power is in your ability to decide.”

What did you want to be when you grew up?
A pilot. At the age of 10-12 years it was a great event to see an airplane in the sky. The entire family would be out in the yard watching as one “puttered” by. I was lucky enough to live my dream. I got my private pilot’s license in Decorah at age 17 in 1945, and I began Air Force training two years later.

If you were stranded on a desert island, what three things would you want with you?
A bible for hope and care of the mind, a parachute for shelter from the elements, 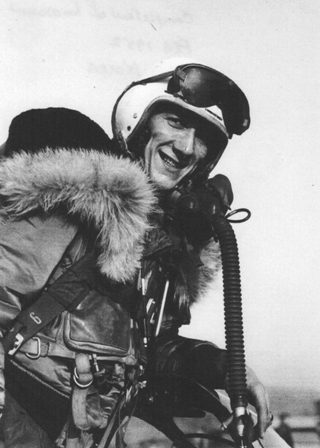 and a large knife to aid in survival. I guess military training stays with you.

Try to describe yourself in one sentence.
Always concerned, maybe even worried, for the unexpected, which results in my detailed planning, which leads to anticipation and pleasure as events unfold.

If you could eat anything every day for the rest of your life, what would it be?
Norwegian desserts six days a week with English plum pudding on Sunday. I grew up with Norwegian pastries, and England is one of the places I was stationed.

What have you learned in your lifetime?
As you meet people from such varied backgrounds, it is amazing to me how much we are all the same. I think our travels and living around the world have added to the realization of all the good things available in our own backyard, the Driftless Area.

Of all the places you have visited which one stands out?
I would love to revisit the ruins in Athens and at Leptis Magna, an abandoned Roman ruins on the north coast of Libya. The significance of what these people accomplished so many years ago brings to mind our insignificance as we rush through our busy lives.

What is a favorite memory?
All my favorite memories revolve around my family and all the places we lived. But, the special memories begin on my wedding day after several months of separation during the Korean War. Often asked where I met my wife, I say I never did, meet her, that is. We grew up together on nearby family farms south of Burr Oak, Iowa. Our wedding day, beautiful sunshine, surrounded by happy family and friends, the pastor telling me to visualize my bride on a pedestal. After 59 years with her, four years without her, I carry that vision still.