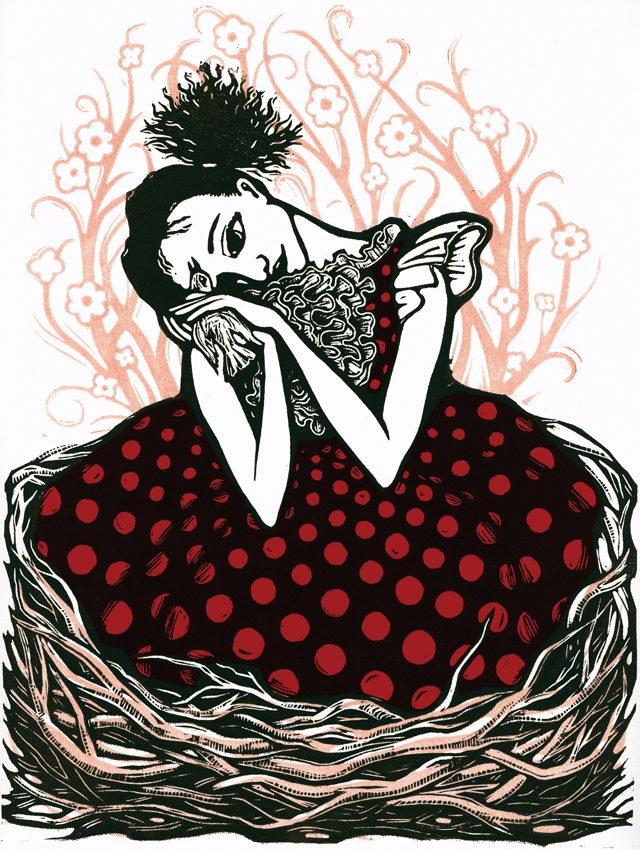 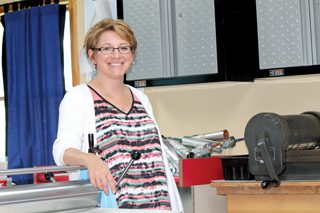 Like many artists, Lori Biwer-Stewart discovered her calling very early in life.

“I’ve loved to express myself artistically for as long as I can remember,” she says, recalling long, happy hours doodling and drawing as a child growing up on a farm outside Elma, Iowa. “It’s the only thing I ever thought I could do really well.” 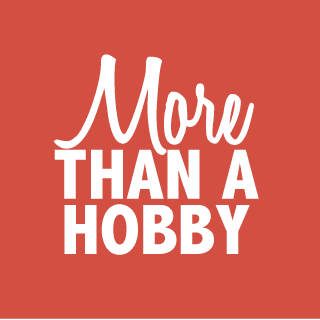 onviction – and a naturally curious mind – led Lori to a commercial design degree at Hawkeye Institute of Technology in Waterloo, Iowa, and, a few years later, a basic printmaking class at MacNider Art Museum in Mason City. Armed with an abundance of natural talent, an expansive library of reference books, a deep love of the art form, and, yes, two printing presses, she began making (and selling) linocut prints out of her home in Osage, Iowa, more than 20 years ago.

Today she is known across the Midwest for her crisp, whimsical work, which explores themes like youth and innocence, relationships, and spiritual awakenings through the use of symbolic images like birds, doors, or keys. “The carving process is very therapeutic for me and has gotten me through many bad moments,” Lori says, candidly referring to her longtime struggle with depression. “Some people can write well or tell interesting stories – I much prefer to speak through the images and symbolism in my linocuts.” 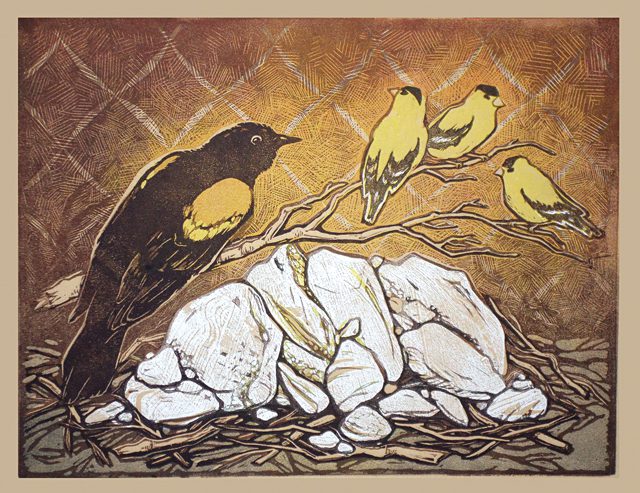 Popularized by the likes of Henri Matisse and Pablo Picasso in the early- to mid-1900s, linocut is a deceptively simple, relatively inexpensive “relief” printmaking technique in which the artist uses a knife or gouge to carve a design into a sheet of linoleum (sometimes mounted on a wood block), inks the linoleum with a brayer (i.e. roller), and impresses the image onto paper either by hand or with a press. It was the ability to use the technique to create bold, decorative designs that first piqued Lori’s interest.

“Linocut printing enables artistic expression like no other art form – the cut of the knife creates a primitive feel that only adds to the intent and intensity of the message being communicated,” she says. “Sometimes my work is dark and sometimes it’s fun, but it’s always thought-provoking; whatever the image is, my goal is always to make the viewer think and question.” 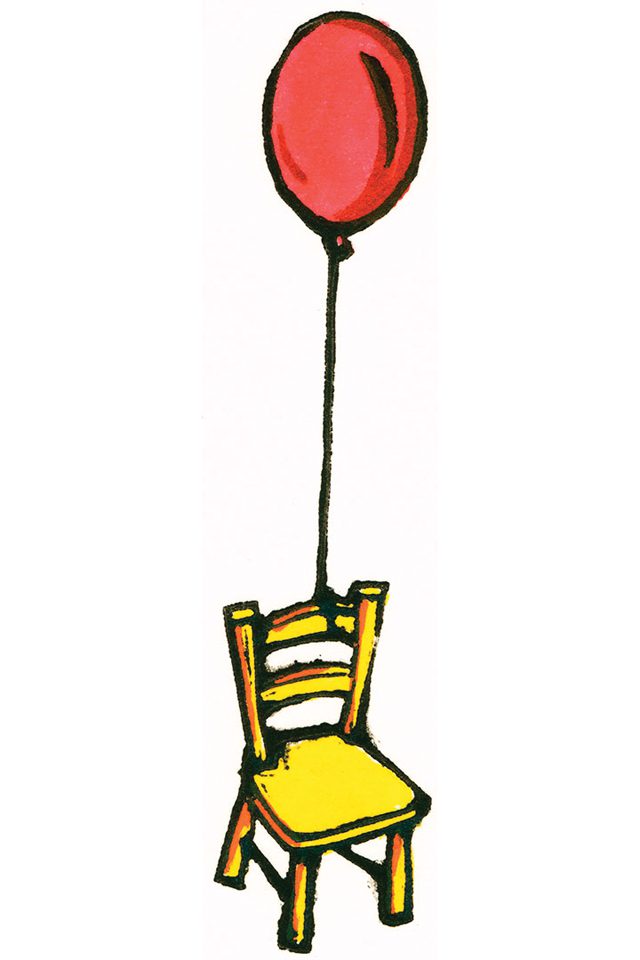 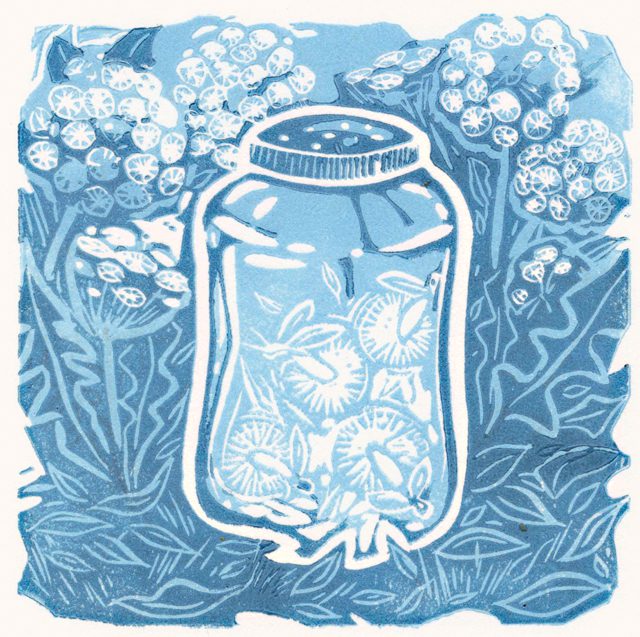 She does exactly that in pieces like “Me and You,” in which a floating red balloon tied to an empty yellow chair symbolizes the yin and yang found in so many relationships…and “Fireflies,” in which a jar of fireflies nestled among wildflowers conjures up childhood memories of capturing the magical insects on hot summer nights…and “Shiny Things,” in which crows hording small gleaming objects suggest the tendency of so many to collect things they don’t really need. The three works are among more than 70 linocuts currently displayed on her website, www.lbstewart.com.

Her always eye-catching work has earned Lori, who also works as a graphic artist at Curries in Mason City, more than a few awards at art festivals over the past two decades. Yet, despite the accolades, she admits she still struggles with the challenges of “getting out there” and marketing her work, especially through social media. She encourages other artists just starting out to stay on top of current social-media trends and to do what she has done from the start – stay true to self. “Do what really interests you – whatever subject that is, whatever medium that is,” she says. “You will never find joy in your art if you are just creating what you think people will buy.”

Sara Friedl-Putnam has never considered herself particularly “artsy” or “craftsy,” but after being inspired by the talented women she profiled in this issue is seriously contemplating making a few gifts this coming holiday season. 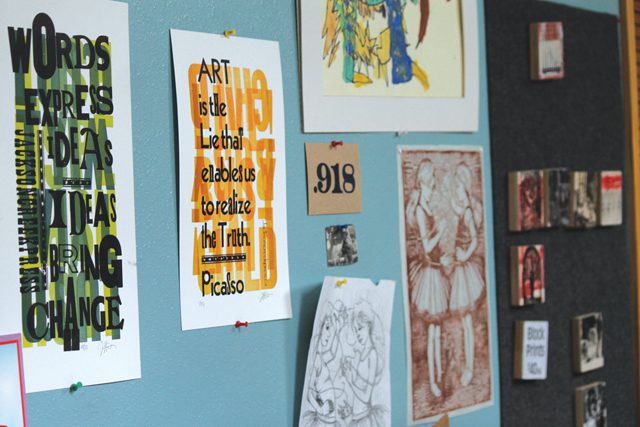 Biwer-Stewart will display her work at the Wausau, Wisconsin, Festival of Arts on September 12-13 and the Autumn Artistry in Osage on September 19. Her work is also available in galleries across the Driftless Region and online at www.lbstewart.com.

“More Than a Hobby” is a special section of the Fall 2015 Inspire(d) Magazine. We’ve highlighted doers and makers in the Driftless region who are turning what they do like to do into so much more than a hobby – it’s a living! We love that. Stay tuned for additional More Than a Hobby features online in the coming weeks!