This is Part 5 of a series on inspiring individuals who help bring live entertainment to NE Iowa and the Driftless Region. Read the other interviews by clicking here. 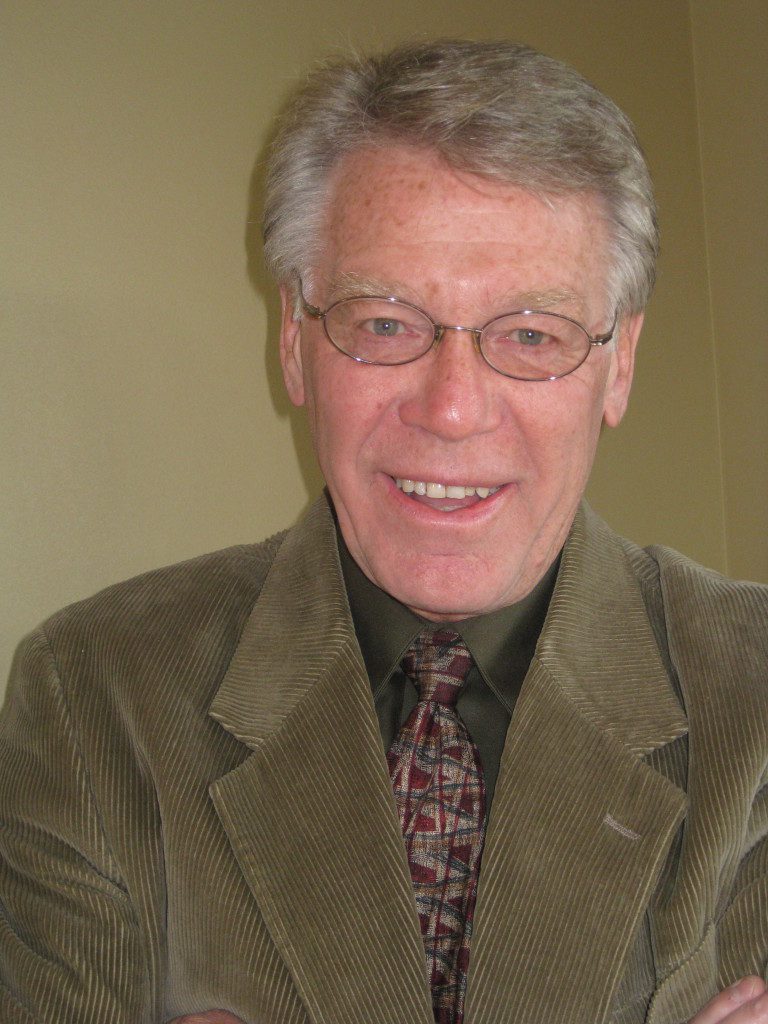 KDEC FM 100.5 and KDEC AM 1240 have long been a part of the Decorah Community. Since the mid-90s, the stations have been run by Bob & Colleen Holtan, along with their daughter Jeni (and David) Grouws. KDEC was inducted to the 2014 Iowa Rock & Roll Hall of Fame and will be throwing a Wink-I Pepsi Party and sock hop with Mike Munson and The Old Fashioneds on Saturday, March 28 at the Hotel Winneshiek. Bob Holtan’s roots in helping make shows happen runs deep in the upper Midwest, and more than a bit of that has rubbed off on daughter / KDEC Morning show host / talented performer Jeni Grouws who has spun the pieces together for the March 28 party! Bob was also responsible for the ever famous Menard’s Jingle – but that’s a whole other story!

I(d): How long have you been involved in helping present events? How did you get into it?

BH: I got into show promotion as a radio station manager at WAXX in Eau Claire Wisconsin in 1976. I promoted Country music shows mainly (the list of artists runs about 100) in Eau Claire, Marshalltown & Fargo for our FM Country stations, but in addition also promoted several oldies shows in Marshalltown for KFJB AM and Standards shows (Glen Miller Band, Count Basie, Tommy Dorsey Band, Buddy Rich Big Band, etc) in Eau Claire and Fargo.
I began with a Conway Twitty, Barbara Mandrell and Waylon Jennings Show in Eau Claire in 1976, when my then-boss, who had been promoting the station shows, moved to a new TV job in Austin Texas and I had to pick up the pieces. It was a great success, and I was hooked.

I(d): Do you have a most “exciting” live moment from an event?

BH: Lots and lots of them. Maybe the best moment was 1991 when I booked Brooks & Dunn in Fargo. I contracted them for $3500 in the spring, and when they got to the show in the fall they were on their third #1 Country song and were commanding a price of over $50,000. The Civic Center held 3000, and we fudged a bit so nearly 3400 fans could get in. The atmosphere was electric! It was the first time I found scalpers at one of our shows.
Maybe the worst moment was when I had to come out on stage in the middle of his performance to tell Country singer Johnny Rodriguez to quit singing to his piano player and turn around to face the audience or he wouldn’t be getting paid. It worked. He got his money and I never booked him again.
Another good & bad moment: I came out on the stage at UW-Eau Claire to introduce Johnny Cash. I was blinded by the spotlight and decided to walk directly out on a proscenium stage to the microphone, taking the shortest direct route. I stepped out onto thin air, dropped 6 feet, but landed right and bounced back up onto the stage before the audience quit gasping.

I(d): If you could present 1 show with anyone in the world, past or present, whom would it be and 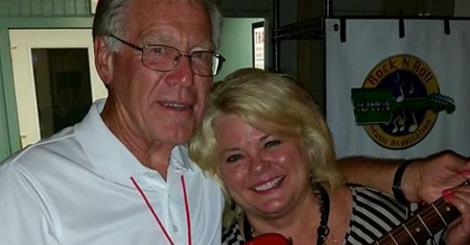 BH: Tough question. Probably ABBA, since my wife continues to play their greatest hits cd after 20 years of it. We saw them on their final U.S. Tour in, I think 1979 at the St. Paul Civic Center. Of today’s artists, maybe Van Morrison. He’s still making great music 47 years after Brown Eyed Girl.

I(d): What are you most excited about in the near future?

BH: The KDEC Sock Hop will be a really fun night. It’ll be a thank you show for fans, particularly of our AM station, following the station’s induction in the Iowa Rock & Roll Hall of Fame over the 2014 Labor Day Weekend.

I(d): You’re at the show! Front Row, or standing in the wings?

BH: I always stood in the wings at my shows. The fans deserve all the best seats. It’s also a great way to see the artists perform: from the side, close by. I especially recall the show in Eau Claire when Dolly Parton was on-stage… 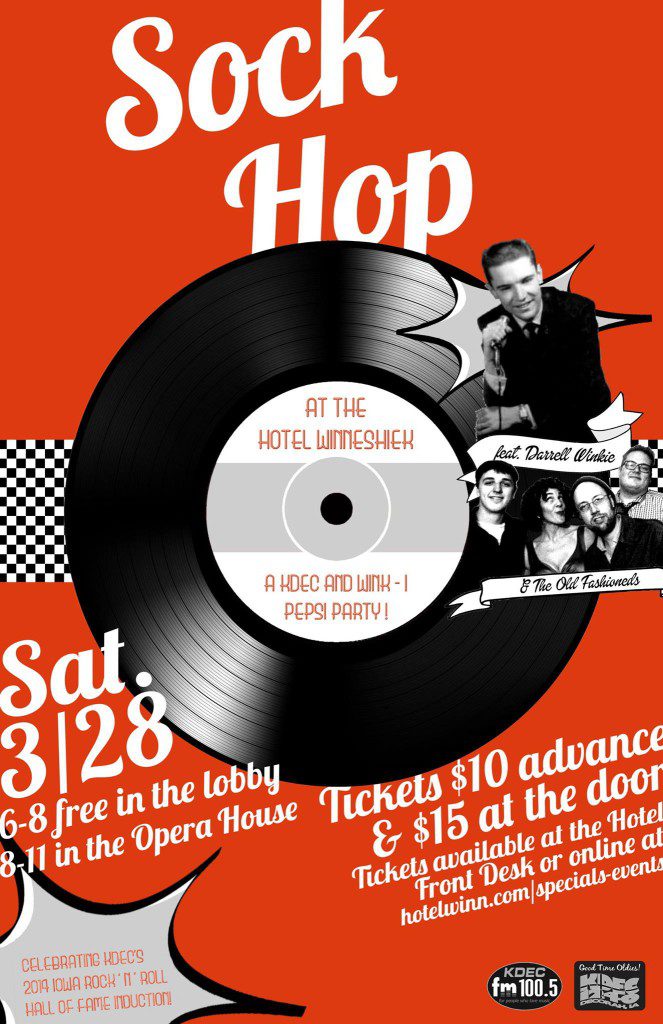