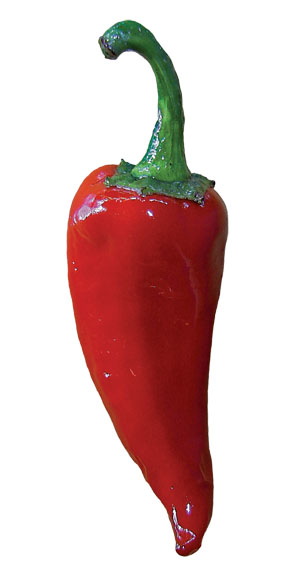 My brother, Pete, loves a good party. Especially on May 5th, his birthday. Coincidentally, it’s also the date of the Mexican holiday Cinco De Mayo. Primarily a regional holiday in the Mexican state of Puebla, it celebrates the unlikely 1862 victory of an under-armed Mexican militia of just 4000 troops over a French army that was double its size and vastly more equipped. Significant for the United States, the defeat stopped Napoleon III from supplying arms and money to Confederate rebels engaged in the Civil War against the Union Army. That helped the Union defeat the Confederates in the Battle of Gettysburg.

Worldwide, Cinco De Mayo has become a celebration of Mexican heritage and pride. Beyond the flamenco dancing and mariachi bands, it is a wonderful opportunity to experience local cuisines from different regions of our southern neighbors. Brenda and I have been fortunate enough to have traveled to Mexico several times. Our first trip was to Mazatlan on the Pacific coast. We stayed at the Riviera Beach Resort otherwise known as “Party Central.” An ice-cold bucket of beers (8) was $6. Every other hour was Happy Hour and you got TWO buckets of beer for $6. No extra charge for slices of lime. Having not studied Spanish, we felt that it was of immediate importance to immerse ourselves in the language. Hector Cortez, the head bartender, graciously accepted the role of teacher. The two phrases of greatest significance he taught us were, “Dos cervesas, por favor” (Two beers, please) and “Donde este el bano?” (Where is the bathroom?). A wise man, that Hector.

All joking aside, Brenda and I have found the people we met in Mexico to be warm, gracious, and very giving. Family and friends always seem to be at the core of life there. When a party happens, everyone is invited. Aunts and uncles, matriarchs and patriarchs, siblings, nieces and nephews, etc., etc., etc. People dress up in their Sunday best to pay respect to the family putting on the extravaganza. Food is always the star attraction, shared by one and all. I think one of the reasons that Cinco De Mayo is so popular in the United States is that it affords Mexican immigrants and descendants an opportunity to remember and carry on their family cultural heritage. And lucky for all the rest of us, we can participate too.

Since Napoleon III and future French attempts failed to colonize Mexico and turn the Gulf of Mexico into The New World French Riviera complete with little bistros serving baguettes and lattes, Spanish and Portuguese influences on local cuisine were more predominant. One of these influences was the introduction of limes in the mid 1600s. Limes could be used for many purposes but one of the most significant was the ability to pickle fresh fish and other seafood with their acidic juices. A combination of lime juice and local indigenous ingredients such as chiles, tomatoes and avocado produced the Mexican version of ceviche. Ceviche is a wonderful appetizer served up and down both coasts of Mexico as well as Central and South America. I like to serve it in footed sundae glasses accompanied by tortilla chips. Throw in a few Corona or Dos Equis beers complete with wedges of lime and you will have a great beginning for a Cinco De Mayo party of your own. And don’t forget to invite my brother, Pete.

The daily bread of Mexican cuisine is the tortilla. It has provided sustenance for hundreds of years. Actually, evidence has been produced that a basic version of the tortilla dated back to 10,000 B.C. The versatility of the tortilla is seemingly endless. It is the backbone for tacos, tostadas, burritos, enchiladas, quesadillas, and more. The primary ingredient is corn but in Northern Mexico wheat has been introduced as an alternative ingredient. The age-old dilemma of what to do with leftover bread, in this instance, tortillas, exists in Mexico also. In French cuisine, day-old crusty baguettes are sliced, put in a rich hot sautéed onion beef broth, and covered with gruyere cheese that is then placed under a broiler. French Onion soup becomes a fantastic venue for leftover bread. Lesser known – but equally fantastic – is Mexico’s favorite son, Tortilla Soup. When Brenda and I stayed at the Riviera Beach Resort for the first time, we found it necessary after a couple hours of “Happy Hour” festivities to head over to the resort restaurant, El Ancla. Proper nourishment was in order. Brenda chose soup and salad, her custom request. I opted for chicken fajitas. When our food came, Brenda had a spoonful of her soup and said, “Jim, you have to try this.” I did. I felt I had just grabbed the brass ring on the merry-go-round at the county fair. It was Tortilla Soup and the taste was out of this world. I had to have the recipe. I asked our waiter if I could speak to the chef. “Si, Si.” The head chef, Ignacio, came out. He could speak about as much English as I could speak Spanish. I eventually went out and corralled Hector, who was able to convey my request. A couple of days later, when we went down for breakfast, Ignacio slipped me a piece of paper handwritten in Spanish. The Holy Grail of soup. It took me a couple of years to get it translated correctly but it is certainly worthy to adorn your Cinco De Mayo table.

Hasta la vista! Time for me to round up a few Coronas and a Mariachi band for Pete’s birthday. Anybody know any flamenco dancers? Have a great Cinco De Mayo!

Jim McCaffrey is a chef, author, and co-owner with his family of McCaffrey’s Dolce Vita restaurant and Twin Springs Bakery just outside Decorah.  He is author of a humorous cookbook titled “Midwest Cornfusion”.  He has been in the food industry in one way or another for 40 years.

In a 9 x 13 non-metallic baking dish, combine seafood, tomatoes and onion. Cover completely with lime juice. Cover and refrigerate for about 4 hours. Drain. Place in large bowl. Cut avocados in half lengthwise. Twist sides and remove pit. Scoop out avocado meat and dice into ½ inch pieces. Add with oregano to seafood mixture.

Salt and pepper to taste. Plate up, garnish with sprigs and pass the tortilla chips. Serves 6.