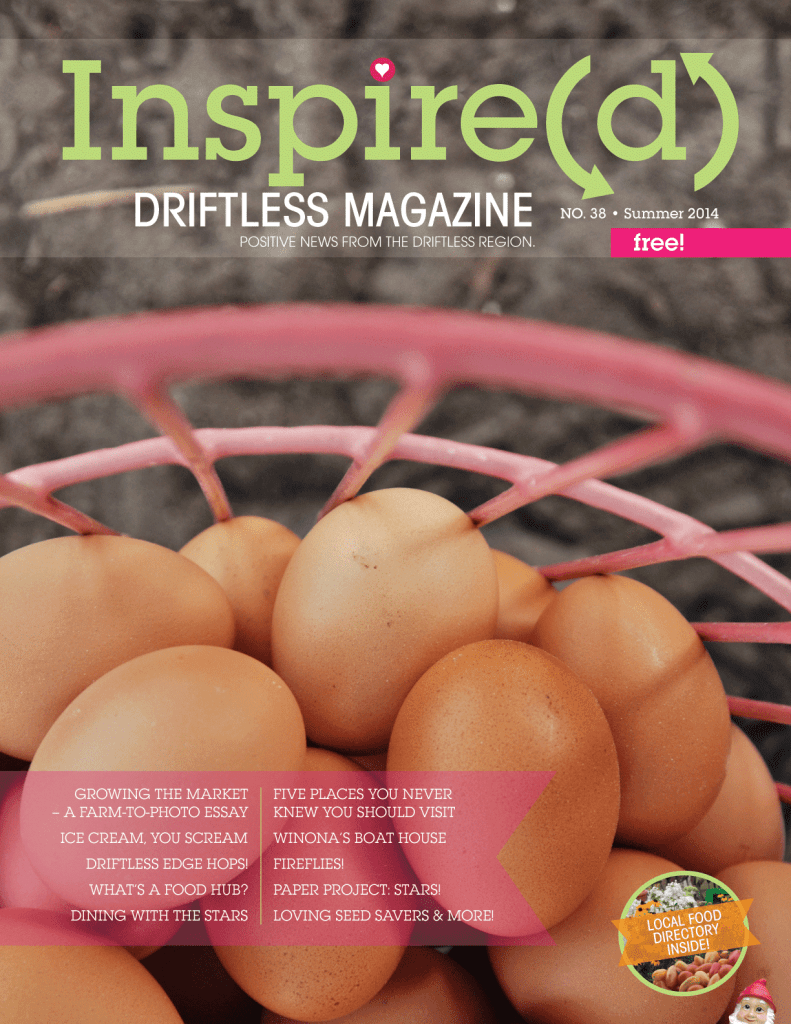 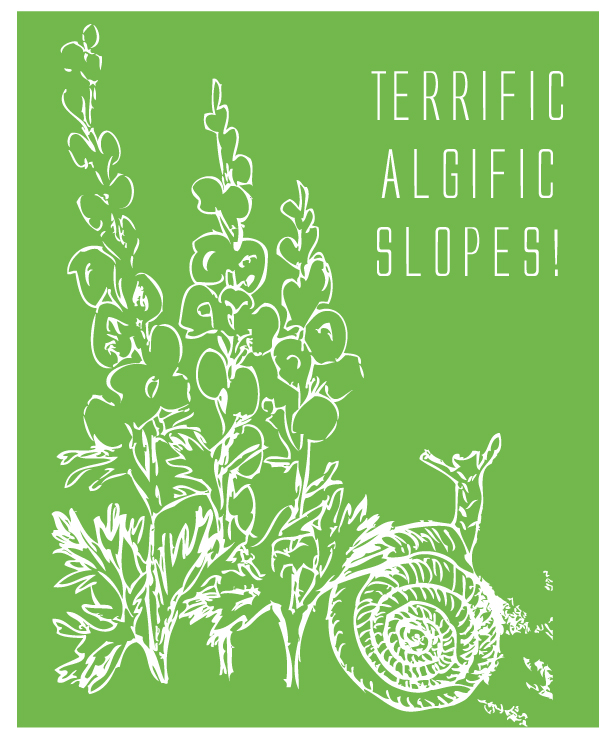 There’s an undeniable appeal to secret gardens and hidden worlds – just think about all the cool stuff we don’t know about deep down in the ocean! But there is one secret world at least some of us DO know about – algific talus slopes.

Algific talus slopes are these amazing mini-ecosystems that exist in only a few spots in the world, and we’re lucky enough to be right in the hub of those locations! So what are they? “Algific” means cold producing and “talus” means broken rock. Also known as a cold air slope (which is much less of a mouthful), these nearly-unknown ecosystems – first noted in the early 1980s – are found in just a few hundred spots within the karst topography of the Driftless Region of Minnesota, Wisconsin, Illinois, and especially Iowa. (1)

The surface of the limestone, with its sinkholes and crevices veining through an impermeable layer of rock, provides the first of three factors needed to create an algific talus slope. The second necessity is dense vegetation – to provide cool, moist shade, and the third is a north-facing slope – to minimize radiant warming by the sun. This unusual geology keeps the slopes cool on the sticky, dog days of summer, and warmer on the most frigid of winter days. It also allows many species found nowhere else in the Midwest – and, in some cases, the world – to thrive. But you’ll hear more about that later. (2)

First let’s break this ecosystem down: In the winter, cold air drops through the cracks and holes in the limestone, supercooling the bedrock to 40 feet or more. In the spring, melting snow and rain is on a slow drip through the surface and down into the bedrock. There that water freezes in the supercooled rock and stays. In the summer, the bedrock warms up and that ice begins to melt, which in turn makes cold water vapor and of course melted water. Normally this would all flow further down, but because of the shale and slates in the topography, a change in direction is forced. The vapor and water has to flow through these veins and out in different angles – where there’s an opening to the surface, there’s also a blast of cold air! This is especially noticeable on those hot summer days. (2)

It’s the feet of snow usually so prevalent in our winters that keeps the terrific algific talus slopes in motion, but if the Driftless Region had, in fact, been hit by glaciers and scraped clean of all its bluffs and valleys, the cold air slopes would simply not exist. Thus, certain species would no longer exist either. For possibly hundreds of thousands of years, our region kept cold-adapted plants and animals safe while the glaciers took out habitats all around the area. And then, when things warmed up 10,000 to 15,000 years ago and the glaciers receded, these slopes maintained enough ice for ancient species to survive. Cool, huh? (2)

For example, the Iowa Pleistocene Snail was thought to be extinct until it was discovered on algific talus slopes in Northeast Iowa in 1955. It was placed on the Endangered Species List in 1977, and Congress created the Driftless Area National Wildlife Refuge in 1989 to protect this and other threatened species, including the Northern Monkshood wildflower. Much of this refuge was established in pre-existing protected areas such as the Upper Mississippi River National Wildlife and Fish Refuge. (1)

Although the refuge was established to protect the snail and flower, there’s an entire rare community of plants and animals that can be found elsewhere locally. The slopes can typically contain ferns, mosses, liverworts, evergreen species such as Canada yew and balsam fir, birch, basswood, and sugar maple. The U.S. Fish and Wildlife Service manages the refuge as part of the National Wildlife Refuge System. Unfortunately, in addition to species within the algific talus slopes being endangered, so are the mini-ecosystems themselves. Most refuges are closed to the public because of the fragile nature of the habitat. (1)

Studies of topographic maps and aerial photos in the 1980s and early 90s sited 600 locations in the four-states that could be classified as algific talus slopes – there are no more in the whole world! Sadly, one-third of these had been destroyed or damaged by logging, grazing, and livestock confinement, quarrying, home building, etc. The biggest current threats are grazing, sinkhole filling, and invasive garlic mustard. Of what’s left, more than half are in Northeast Iowa in Winneshiek, Allamakee, Clayton, Dubuque, and Fayette counties. (2)

So the U.S. Fish and Wildlife Service along with helpful landowners, the Iowa DNR, county conservation boards, and organizations like INHF and The Nature Conservancy established the Driftless Area National Wildlife Refuge. It has almost 800 acres scattered in remote valleys throughout Northeastern Iowa, and is purposefully the least-visited wildlife refuge in the Lower 48. (2)

But there are a few algific talus slopes are open to the public, like “ice cave” at Bixby State Preserve, near Edgewood in Clayton County. Another small slope, with good signage, is next to Dug Road (sometimes known at Oneota Riverview Trail on maps) below the bluffs of Phelps Park in Decorah. The UNI Museum in Cedar Falls has a big, cutaway diorama of a slope and its vegetation, complete with a cold air vent that blows with a push of a button! Cool! (2)

Aryn Henning Nichols first heard about these tiny ecosystems from Benji, and she was all like, “What are you talking about?” But they’re real! And they’re cool!