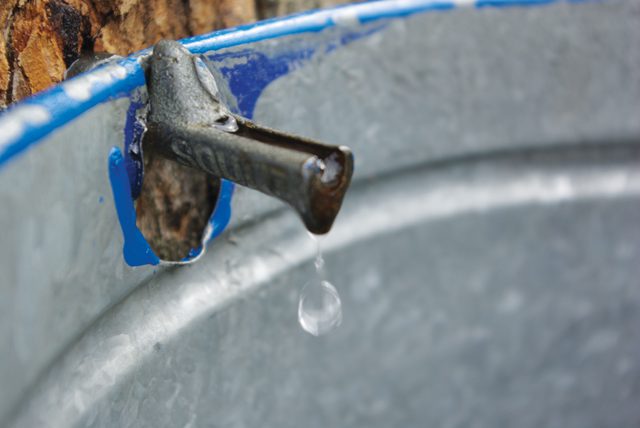 Whether the discovery of sap was a happy (sappy?) accident or not, it has definitely revolutionized breakfast forever. Pure maple syrup is a gift from…well…the maple trees (thanks, trees!).

But just what is sap, and why do we only “tap the sap” in the spring?

Let’s get science-y right away: Xylem and phloem are the transportation systems of vascular plants ­– water and nutrients in (or up) the xylem cells, and sugars – sap – out (or down and around) the phloem calls. (1)

A plant has roots to help it absorb water, but a mature tree’s leaves can be 100 feet above the ground. This is where the xylem is put into action, circulating water and dissolved minerals to the leaves. Also, fun fact: When someone cuts an old tree down, the rings you see – one for every year – are the remains of old xylem tissue (it dies and develops anew each year). (1)

But we’re really here to talk about the phloem. Most plants have green leaves, where the photosynthesis happens. Photosynthesis creates sugars – that’s the sap! – that every cell in the plant needs for energy. You can think about sap kind of like a food for the tree and its buds and leaves. The leaves produce sugar during the summer and in the spring, when the tree draws water from the ground, the water and sugar mix inside to create sap, which helps new buds grow. (2) The phloem system transports the sap throughout the plant or tree, and is what brings it to the sap tap in the spring. (1)

The sap in sugar maple contains a high concentration of sugar compared to the sap of other trees, which why so many people go to the lengthy process of collecting it and making it into that delicious syrup. But don’t the trees need the sap? Luckily, it has been estimated that tapping removes 10 percent or less of the tree’s sugar, an amount too small to hurt a healthy tree under normal environmental conditions. (3) Also, once the buds and leaves start to open in the spring, most of the sugars have already served their purpose for the trees. (2)

So is it sap season only in the spring?

Spring is when the temperature fluctuations are just right (in a good sap year, anyway) to create a good flow of sap (although some folks may also harvest sap in fall, it’s more of a rarity). Early in the season, when the maple trees are still dormant, temperatures rise above freezing during the day but drop back below freezing at night – this creates a pressure in the tree that causes the sap to flow out through a wound or tap hole. During cooler periods, or at night, when temperatures fall below freezing, suction develops, drawing water into the tree through the roots. This replenishes the sap in the tree, allowing it to flow when it’s warm again. Too hot or too cold temperatures during the short, six-week “sap season” reduces the amount of sap flow and makes for a “bad year” for maple syrup producers in that region. (3) A really good maple tree can produce sap for 100 years, and one healthy tree can produce up to 15 gallons of sap a year. (2)

Although Vermont produces most of the nation’s maple syrup, you can check out the process locally at Green’s Sugar Bush (1126 Maple Valley Road, Castalia, Iowa) or see if there’s a sugar bush near you that allows visits!

Aryn Henning Nichols enjoys heading out to her old stomping grounds for pancakes at Greens Sugar Bush in the spring. The line is often long – stretching all the way down the driveway – but that’s often the fun! You stand out in the spring air and chat with the person next to you about nothing or everything. Or the weather – it is the Midwest! 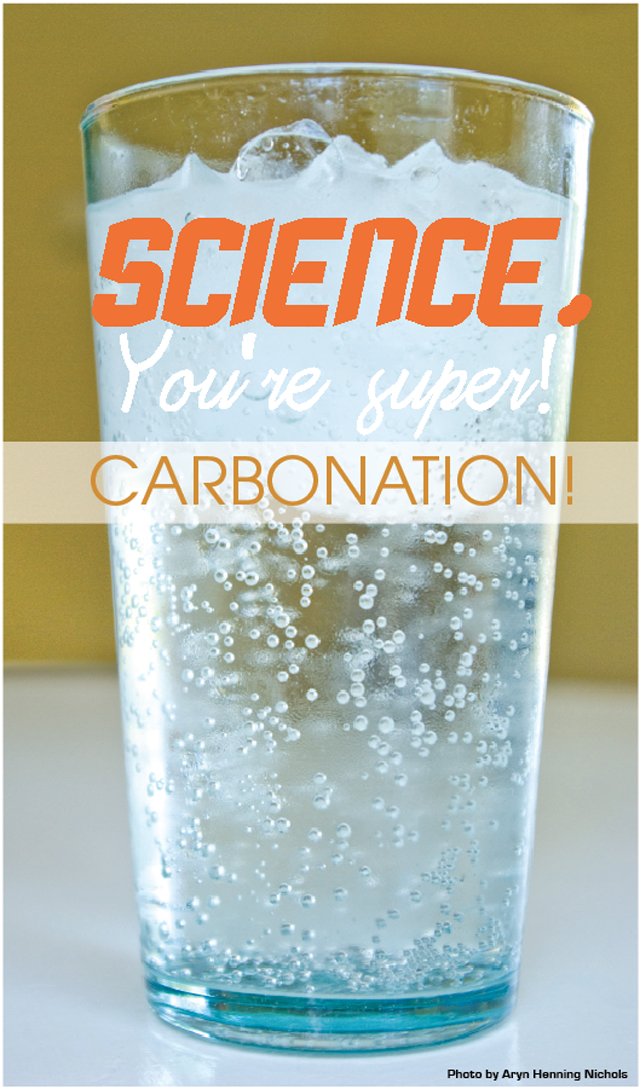 Fizz – it’s the stuff of magic. Just think where our refreshments would be without all those bubbles! Whether it’s a craft brewed soda, sparkling water, refreshing beer, or even champagne, carbonation is something we probably take for granted. Maybe that’s because man-made forced carbonation, as we know it, has been around for about 250 years. In 1767, British chemist (and theologian/inventor) Joseph Priestly was credited with discovering a method of pressurizing water with carbon dioxide. By suspending a bowl of water above a brewery vat of beer, the offshoot ‘fixed air’ (full of CO2) infused the water with carbon dioxide bubbles. Of course, naturally fermenting substances have been fizzing since well before written records – giving off their own carbon dioxide as yeasts metabolize sugars, and if kept under pressure, naturally producing carbonation as well.

But most sparkling beverages that we are familiar with in today’s world are supplemented with man-made carbonation. Gasses can dissolve in liquid, and carbonation is created when carbon dioxide (CO2) does just that. The process of dissolving carbon dioxide in water is done under pressure, in which the CO2 gas will dissolve until the amount of CO2 in the air and in the water are equal. Excess CO2 can be added when under pressure – which is why when we open a canned or bottled beverage we hear a small ‘whoosh’ of pressurized CO2 exiting the vessel. As long as the container is sealed again, the CO2 will not entirely leave the liquid, but as everyone knows, if you leave a carbonated beverage sitting out for too long, it goes flat. (Sad panda…) Large industrial bottlers have the ability to add much more pressure in the process, thus providing an even more intensely carbonated beverage than, say, an ‘at-home’ carbonation kit or soda fountain, but technology and commercialization have made even small scale countertop units quite inexpensive.

So why do we like the bubbles? First, the bubbles are pressurized bits of carbon dioxide surrounded by water molecules – and when the pressure of a bottle or can is released, the bubbles seek to create an equal force between the liquid and the air that is around it – thus, rising to the surface in beautiful little pearls and fizz! It has also been found that CO2 bubbles actually hit the ‘sour’ sensory area of the human tongue, making them have some sense of ‘taste’ that we generally enjoy. If you’ve ever taken a drink of flat soda water or similar, then you know that the taste is not particularly pleasant. There are different types and sizes of CO2 bubble as well, and the taste and mouth feel of something that is naturally carbonated (fermented), versus that of something that is pressurized can be noticeable. For instance, some sparkling wine and champagnes have extremely fine bubbles that continue rising to the surface for some time, while soda generally has larger bubbles that don’t last as long. Another amazing figure is that a glass of soda basically holds roughly one glass of water, but that would equate to five glasses of CO2 as bubbles! Any way you experience it, carbonation adds a joy to beverages that is truly delightful – and a little magical! Cheers! 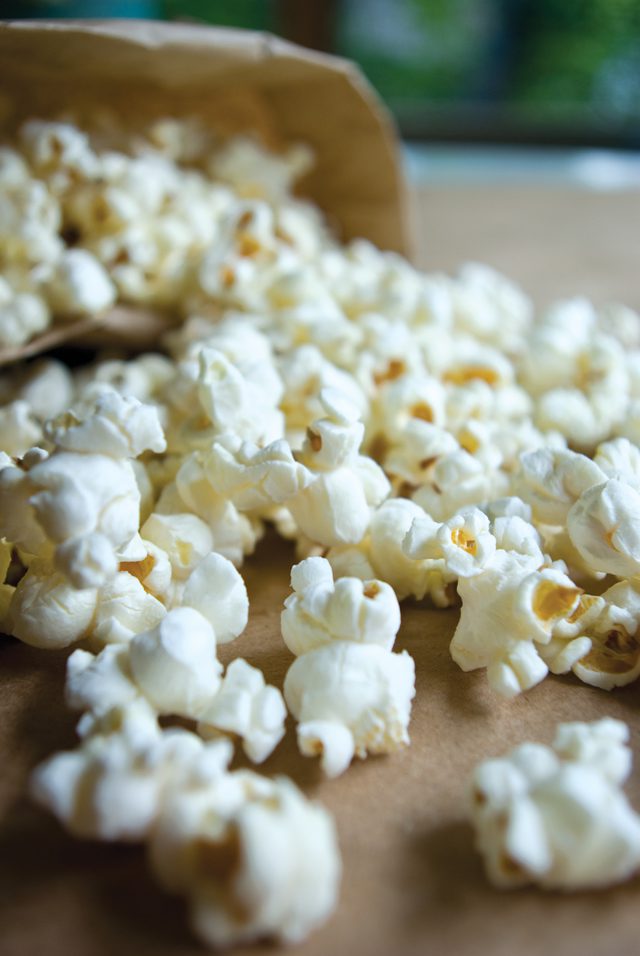 Whether we’re enjoying a bucket at the movies or a bowl in front of the TV, popcorn is one of America’s favorite snack foods. Plus, it’s fun! Listening to the pop, pop, pop on the stove, in an air popper, or in the microwave is one of coolest ways of cooking a grain. Ever.

And by ever, we mean forever. Popcorn has been popping up for thousands of years! About 8,000 years ago, maize was cultivated from teosinte, a wild grass that doesn’t much resemble the corn we know today at all. (5) Corn varieties – including popcorn – were cultivated by the Aztecs and Mayans in Central America and Mexico, and by the Incas in South America. The oldest ears of popcorn were discovered in west central New Mexico in the late 1940s, estimated by archaeologists to be about 5,600 years old. (1)

Scientists’ best guess is that popcorn originated in Mexico. By the time Columbus discovered America, more than 700 types of popcorn were being grown on the continent. Popcorn’s role in American culture continued to grow when Charlie Cretors invented the first steam-powered automatic popper in 1885. It became a ritual part of many festivities, such as sporting events, fairs, and circuses. Folks found popping corn to be not only delicious, but entertaining too! (5)

By 1914, packaging of popcorn for home use had begun, and in 1925, the creation of the electric popcorn machine allowed theaters to begin popping corn. And finally, by the 1970s and ‘80s, hot air and microwave popcorn had emerged onto the marketplace, making homemade popcorn the norm. (2)

But what makes popcorn…pop? Native Americans believed that a spirit lived inside each kernel of popcorn and that, when heated, the spirit would become angered and eventually burst into the air as a puff of steam. Over time, folklore gave way to science, and the popcorn plant was named zea mays everta, identified as a type of corn (maize) as well as a member of the grass family. (3)

Scientists eventually discovered that popcorn is a whole grain with three main components: endosperm (startch), germ (the living part of the kernel), and the pericarp (hull). The hull is usually white or yellow in color, though the range of colors includes red, black, and many colors in between.

What makes popcorn unique among corn varieties is that hull: It has just the right thickness to allow it to burst. Every kernel contains a small amount of water inside a circle of starch, and the kernel’s hard surface encases that starch. As the kernel heats up, the water inside the “starch bag” expands. At around 347 degrees Fahrenheit the pressure reaches roughly 135 pounds per square inch — and that’s when it finally explodes. As the now-liquid-soft starch bag becomes inflated and spills out, the kernel turns inside out. As it quickly cools, it becomes what we know to be popped popcorn. (3)

The vast majority of popcorn is grown in the cornbelt states – Nebraska, Indiana, Iowa, Ohio, and Illinois. It is a relatively cheap grain, so popcorn has – literally – exploded across the world market. These days, many folks don’t just pop plain popcorn in oil over the stove. In fact, flavor choices now abound for microwaveable popcorn (cupcake or beer-flavored popcorn, anyone?) – although it’s still fun to go old-school and watch those kernels pop, pop, pop on the stovetop!

Sara Friedl-Putnam has fond childhood memories of popping corn on the stovetop and dousing it with butter and salt. She admits that her flavor selections are not very adventurous, often settling on butter light. One day, however, she vows to get more adventurous with her palate and to try jalapeno-flavored popcorn.