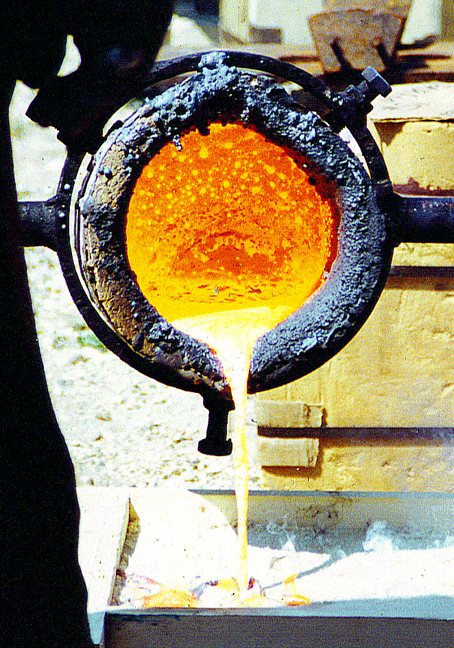 Sculpture artist Kelly Ludeking loves metal. Pretty much all kinds of it. And while he originally started with bronze and aluminum, it was an iron pour that really pulled him in. For Kelly, pouring iron is about community. It’s about learning and teaching, and it was this aspect that really sealed his path and passion.

Born in Decorah, Iowa, Kelly attended the local high school, and like many small town teens, was involved in essentially every extracurricular activity that he had any interest in. Mostly art-related things: band, drama, painting, sculpture, etc.

“It kind of amazed me to look back and see how much art I dabbled in to find my niche,” he says.

That niche was eventually found at the Minnesota College of Art and Design where he was studying metal work. Kelly and some friends were invited to an iron pour – their first – and they watched as nearly a dozen people worked together as a team to feed a fire, melt iron, and pour it into molds to make each person’s individual art works.

“It was more of a production,” Kelly says. “It was such an incredible event.” 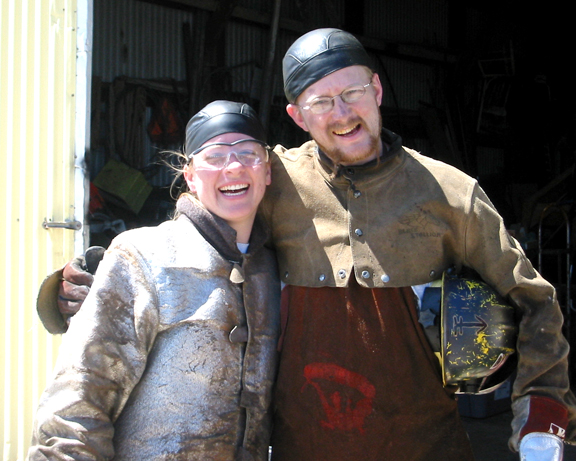 After, Kelly and friends went back to their college, inspired. They wanted to build their own furnace. And with help from the school, they did. Amazingly, they hosted their very own iron pour later that year. That furnace lived on at the Minnesota College of Art and Design for several years until it was donated to a sculpture park. It’s still used today, and in fact, was recently done so by Kelly.

You see, this is what Kelly does. He is an artist. He’s only just relocated with his wife to Madison, Wisconsin, from the Twin Cities, and he’s already got a gallery showing lined up. He is doing it. He travels around the Midwest and nation to be a guest artist, speaker, or participant in iron pours and events. He was invited to three pours this spring alone, and even spoke at the National Conference on Cast Iron Art in Birmingham, Alabama. The goal was to help students realize there is “casting after college.”

“The conference helps teach the next generation,” says Kelly. “We want them to know that once they leave college, they can continue to cast. Through businesses and institutions, they can make a living at it.” 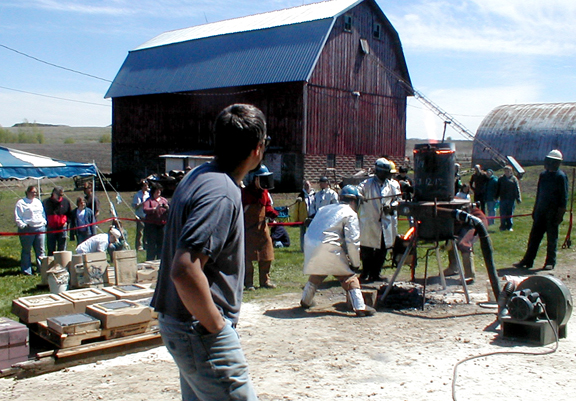 There are a lot of inventive ways to cast post-graduation, he says. One is to set up your own event, like the sixth annual Down on the Farm Iron Pour Kelly hosted on his family’s farm this past July. The whole thing started on a whim – after organizing more than a decade of pours elsewhere, Kelly was living in Decorah helping his family and decided to bring an event here.

“I figured I could show my family what I do and not have to leave the farm,” he says. “And this way I have control of things. My dad’s very cool about it, we can build a bigger furnace and I know there will be enough room for everyone. And from the sounds of it, it’s going to be quite a bit larger than it’s been in the past. It’s looking like 50 artists are coming.”

People of all experience levels will stay in rural Decorah out at the Ron Ludeking farm and cast and teach and learn from each other. They come here from a variety of locales –Kentucky, Minnesota, Wisconsin – for this “Down on the Farm” pour. Artists are beginning to look forward to the annual event, even recognizing the barn in the promo posters before they even know Kelly.

“I have a t-shirt with the barn on it and people say, ‘You’re that guy,’” Kelly says. “It’s growing. People are coming from all over to play at my farm. For some ‘weekend warrior’ kind of artists, this is their get-away. This is their time to make art.”

The entire four-day event is organized by Kelly’s company, Ironhead Sculptural Services, and is open to the public each day from noon until 7 pm. Visitors can come watch artists in the process of creating patterns and molds. Then on Saturday, June 27, at roughly 5 pm, Kelly and his crew of artists fired up the furnace and poured molten metal into the molds they’d been working on throughout the event.

After, DJ Efraim Santiago from White Bear Lake, Minnesota, fired up the tunes and mixed music for the annual iron pour party.

“I especially enjoy teaching kids, because they seem to be getting away from hands-on learning – tactile stuff. There’s so much virtual work,” he says. “Hands-on building is something so different from building on a computer. I think it’s just a good learning experience for them. And for the adults too.”
If things go as Kelly hopes, the entire Down on the Farm Iron Pour will really be one big learning process. Casting iron for fun and for an art didn’t start until the 60s, Kelly says, and a lot of the original “old dogs” are retiring from pouring and moving on.

“I want to learn as much as possible. It’s cool to be a part of something where the founders are actually still around,” Kelly says. “It hasn’t changed, why we do it. It’s the love of the metal. It’s really key to the process. If you can make iron beautiful and change the way people look at it – that it’s not machinery, it’s not something that’s cold and hard any more – if you can change somebody’s perception about it… that’s art. It’s pretty cool.”

Down on the Farm Iron Pour: Stay tuned at www.krlmetals.com for details on this annual event
According to Kelly: “Completely open to ALL skill levels”
Ron Ludeking Farm, 1421 200th Street, Decorah
To get more information or to be involved, contact Kelly at:
651-280-5744
kelly@ironheadsculptural.com
www.kellyludeking.com